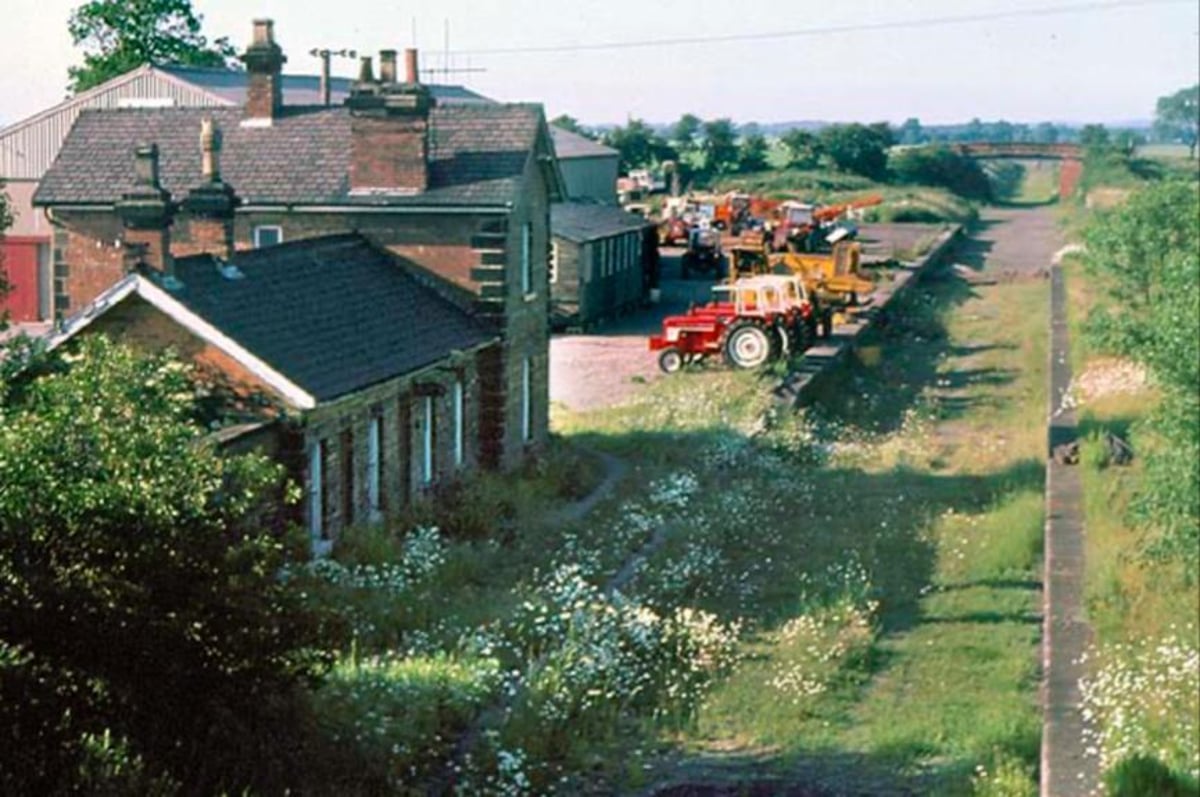 The headquarters of the Heck brand of sausages near Bedale is located next to what was once the Leeds-Northallerton line, which ran through Harrogate and Ripon but closed north of Harrogate in 1969.

Sinderby station was one of several village stops on the Ripon to Northallerton section, but it never attracted large numbers of passengers and had only one train stop a day in the 1950s It closed in 1963, several years before the line was removed in the Beeching Report and the track was lifted in 1970. Its main freight traffic was barley and cattle as it served a farming community.

The building survived until 2009 when it was demolished to make way for the nearby A1(M) widening and the site is now occupied by Heck’s offices.

During the lockdown, Heck staff have cleared a two-mile section of the old overgrown platform and the footpath, which includes one of the original Leeds Northern Railway Company bridges, will be open to the public when the company family fun day on Saturday, August 27.

The Rail Walk, as the path has been named, has even been visited by Countryfile presenter Julia Bradbury, and there will be a 1.5km family fun run and obstacle course along the old route .

The lost railway that left Ripon without trains

Ripon is one of the only UK towns without a station due to the closure of the northern section of the Leeds-Northallerton line – trains are still running between Leeds and Harrogate. The station buildings are now housing.

The construction site in 2014, after the demolition of the station

Sinderby station shortly before its closure in the 1960s

Can you have bad credit even with a good income?

A pop-up cat café will open in St Brelade