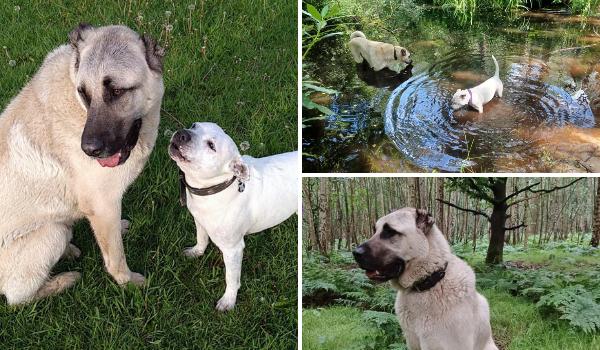 A dog owner has taken legal action against police following the seizure of her dog for welfare reasons.

Jabba, a four-year-old Kangal and a former livestock guarding breed from Turkey, was seized from his home following an altercation with another dog earlier this year.

A petition, which has since been withdrawn, had been started asking for Jabba to be brought home due to the landlord’s concerns for his welfare.

Sam Scully, the dog’s owner and author of the petition, argues that Jabba should not “stay in secure kennels, alone and away from his family”.

She said: “He is greatly missed by his family and worried for his well-being as he remains in kennels for this extended period.”

According to Ms Scully, Jabba used to enjoy “four hours of walking a day in the surrounding countryside”, but is now limited to “30 minutes of exercise and spends most of his time in solitary confinement”.

There is no time limit for the police when dealing with alleged aggravated offenses under section 3 of the Dangerous Dogs Act 1991 nor can any ‘bail’ applications be made in the name of a dog.

The dog was seized under Section 5 of the Dangerous Dogs Act 1991 following an incident with another dog which saw one of the owners intervene and sustain a “very serious injury to the leg” which required surgery.

Ms Scully, who is based in yorkadded: “We have pleaded with North Yorkshire Police to allow Jabba to return home while they investigate this complaint.

“A long one with whatever restrictions they deem necessary for that to happen, like a muzzle and leash.”

Read more: The Stockton International Riverside Festival kicks off with excitement and anticipation

However, North Yorkshire Police pointed out that the victim of the attack suffered very serious leg injuries as a result of the incident.

A North Yorkshire Police spokesperson said: ‘The 53-year-old woman who was arrested has been released under investigation as inquiries continue.

“The victim, a man in his 50s, suffered a very serious leg injury which required emergency surgery.

“The dog involved was seized under Section 5 of the Dangerous Dogs Act 1991. All dogs seized from boarders under this Act are cared for by trained staff and are walked daily .”

Police later confirmed Ms Scully had been charged with being the owner/caregiver of a dangerously out of control dog causing injury.

A North Yorkshire Police spokesman added: “I can now confirm that a 53-year-old woman has been charged with being the owner/responsible of a dangerously out of control dog causing injury.”

If you want to read more great stories, why not subscribe to your Northern Echo for as little as £1.25 a week. Click here