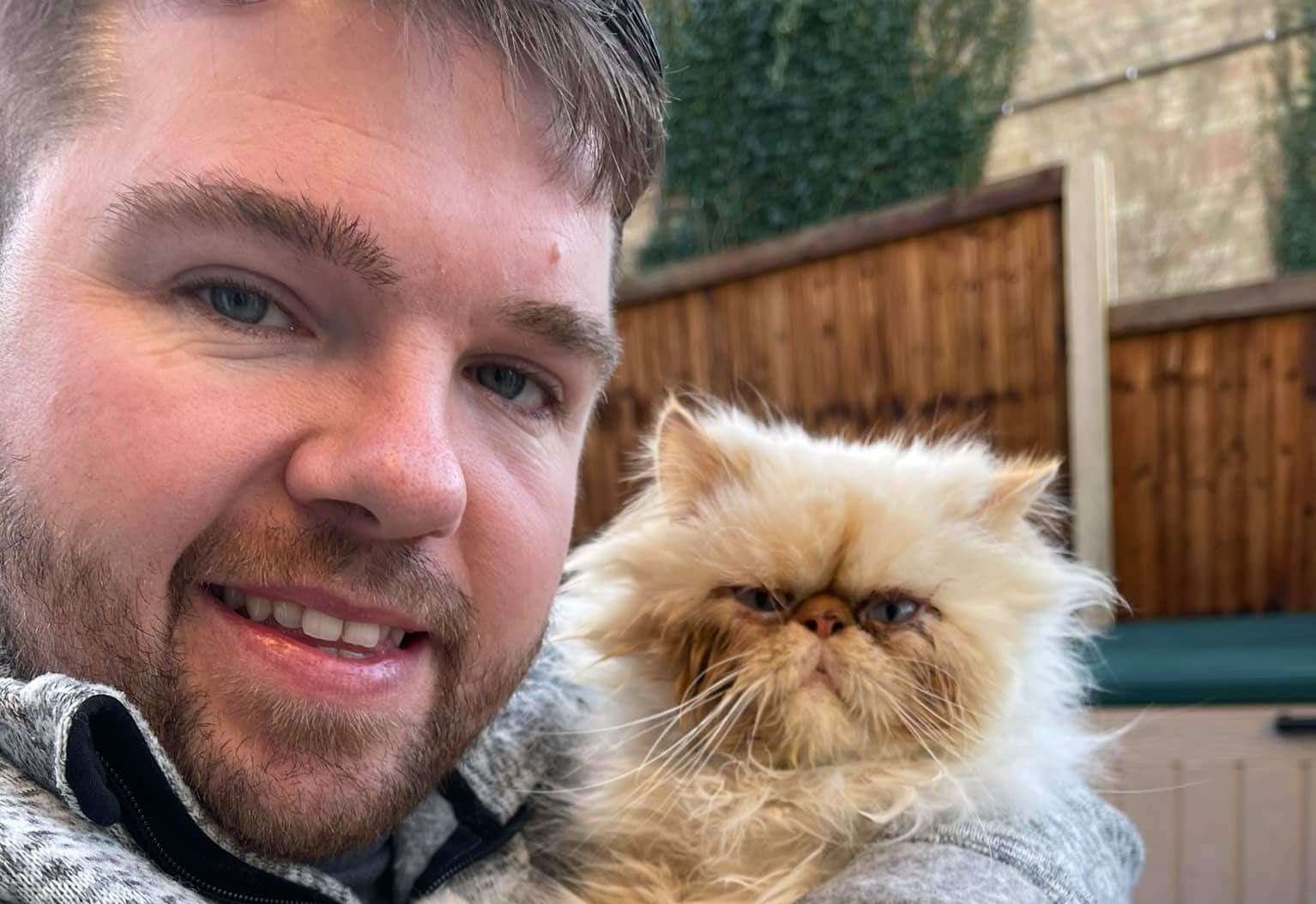 Rescue centers are struggling to house the animals as the cost of living crisis has caused an increase in abandonment.

Wisteria Cat Rescue in Walderslade is currently home to 140 cats – the highest number ever since its start in 2020 – amid a nationwide problem that has been called the most pressing threat to pet welfare.

Manager Billy Devitt was forced to put a message on the charity’s answering machine saying it could no longer accommodate felines.

He said: “It’s been awful. Two weeks ago I put this message out there, it was relentless. Unfortunately we have to prioritize emergencies.

“I sat down to lunch [on Tuesday] and three people just tried to phone to give up their cats because they are moving or because of the cost of living.

“I try to help people keep their pets at home by offering dietary and veterinary advice.”

Research by the RSPCA and Scotland’s SPCA – the Animal Friendliness Index – examined the nation’s attitude towards animals and found that the rising cost of living and ownership is the biggest threat urgent for animal welfare.

In the South East, 70% of people said the cost of caring for their pet had become more expensive over the past 12 months, while 31% said they were worried about being able to afford to s take care of it properly.

Billy added: “It’s definitely peaked right now. I don’t just think it’s cats, it’s all animals. You really have to weather the storm. We find it difficult because the need of our services is so much bigger than we ever imagined. Everyone is in the same boat.

“We’re seeing that there’s actually a slowdown in re-homing. Re-homing has gone down because of the long-term expenses for people.

“I would tell owners, you need to have your animals neutered. The last resort should be to give them up. It’s not an easy process – there are waiting lists.”

He also urged owners to get in touch with charities like his who can offer help with food and medicine and give advice.

Natasha McPhee, from Animals Lost and Found in Kent, said stressed owners were calling for advice because they couldn’t afford to feed their pets. Some are struggling to cover vet bills and are considering using human cleansers and creams to treat them.

She said: “The cost of living has gone up and no one can afford to take care of their pets. It’s ridiculous, everything is going up but not people’s wages.

“People dump animals and leave them behind. All the rescues we’ve spoken to are complete. We focus on rehabilitation and we try to do that, but when we have to bring the animal into a rescue, it doesn’t there is no room.

“We have to relocate them, but if it goes bad and they are brought back, we have nowhere to keep them. It’s really difficult for everyone at the moment.

“Everything has a ripple effect – pet food and kitty litter are getting more expensive. People are really struggling. We’re trying to do our best, but we can’t help everyone.”

The Animal Kindness Index also suggests that 18% of owners are worried about the cost of feeding their pets as prices rise across the board.

“Dogs, cats and rabbits are thrown everywhere,” Natasha said. “Some people release them but others throw them in boxes. They should take them to the rescue. I know they are full but put them on the waiting list.

“We have certainly seen an increase in dumping and abandonment of animals. It’s all about it, not just food and water, it’s also their care.

“We are also struggling to cope with declining donations. People are canceling their payments because they cannot feed themselves and their children.

“It has a massive ripple effect. We’re just getting by. We got to our last food pouch the other week and luckily we got a donation just in time, but it’s scratching the barrel. is tough but we all try to keep it up.”

And it’s not just the folks at Medway who are struggling. Ashford Garden Cattery has started offering pet food parcels to anyone in the borough who is struggling.

The RSPCA has also seen an increase in the number of rescued animals in its care, with many shelters already full and others nearing capacity.

In the first five months of this year, the charity has taken in 49% more rabbits, 14% more cats and 3% more dogs than in the same period of 2021, research from “pet abandonment” having doubled this year.

Emma Slawinski, director of advocacy and policy at the RSPCA, said: “It’s great that our research has confirmed that we are a nation of animal lovers, however, we cannot ignore the stark suggestion that the crisis The cost of living is the biggest threat to pets in the UK today.

“We are on the brink of an animal welfare crisis due to the increase in pet ownership during the pandemic, coupled with cost of living pressures – especially for those on low incomes. It is absolutely heartbreaking.

“It is worrying that 33% of pet owners have experienced problems with their pets that they did not expect and unfortunately we are now seeing an increase in the number of pets that come to us. are entrusted, many because owners find it difficult to afford to pay for behavioral support, veterinary care or even to feed their pets.

“The RSPCA and the Scottish SPCA are prioritizing animals most in need of neglect and cruelty and urging all pet owners who are struggling to seek help in resolving issues as soon as possible so that problems don’t get out of hand.”

Eureka Happy Dog has been announced as the Times Standard Best of the North Coast Readers’ Choice Winner, 2022