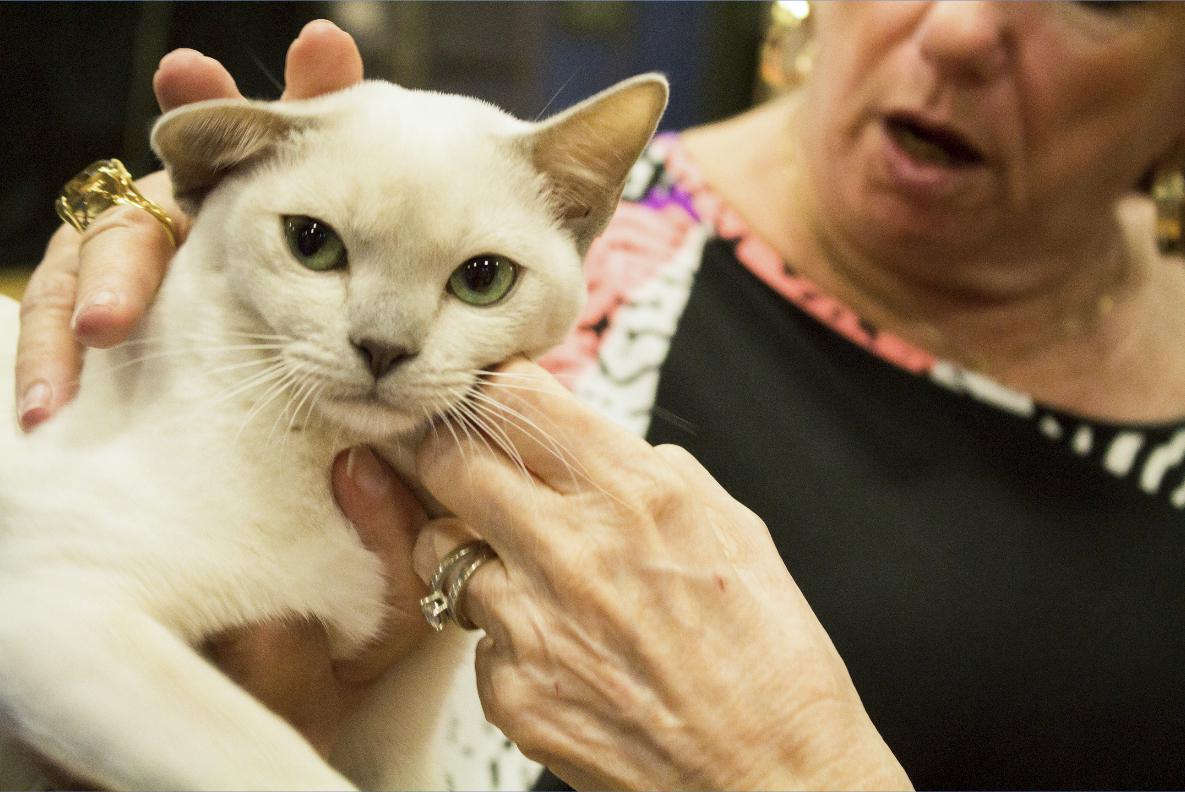 What we learned at the High Rollers Cat Show in Henderson

You’ve seen Fido strutting around the ring as his proud owner stands by, awaiting judgment on which dog is the best in the show. But did you know there’s a similar place for Fido’s feline counterparts, and there’s a whole subculture surrounding cat shows and breeding? Here are several things we learned about cats and their competitions at the 13-ring High Rollers Cat Show in Henderson on August 28.

1.The High Rollers Cat Show has been sanctioned by the International Cat Association, which administers the rules, licenses and management of hundreds of cat shows each year in 103 countries. Cats are judged in categories such as Best of Color, Best of Division and Best of Breed.

2.A place where cats are housed commercially is called a “cattery”. They come in two varieties: boarding (like kennels, for holidays) and breeding catteries (where cats are bred as a hobby or sold for profit).

3.Werewolves are real, in a way. The lykoi cat, a natural mutation recently discovered in Tennessee, is a relative newcomer to the world of cat breeding. Lykoi roughly means “wolf cat” in Greek, and with their tufts of black and gray hair and bright yellow or green eyes, they look like miniature versions of their namesake. However, these cubs are usually very sweet, intelligent, and loyal to their human family, unlike the ones you hear about around Halloween.

4. The Bengal cat, created by Jean Mill in the 1980s, was the first breed to combine a wild animal (the Asian leopard cat) with a domestic cat. The Bengal is currently the #1 registered breed at TICA. Mill’s daughter, Judy Sugden, is following in his footsteps with her creation of the toyger. I met these two legends of the cat world, Mill and Sugden, at the salon. Sugden told me that the toyger (“toy tiger”) looks like a mini version of the real thing, but is only bred with house cats. She has used selective breeding with around 50 cats so far to sculpt the toyger’s unique look.

5.Did you know you can clone your cat? ViaGen Pets, a company specializing in cloning pets, was present at the show, and that’s where I discovered that the future is now. You can fully clone your cat for $25,000 (or your dog for $50,000). They also offer express tissue banking for $500 and gene preservation for $1,600. With ViaGen, I guess you’ll never have to say goodbye to your furry family member. “… A truly special pet provides us with a unique sense of comfort and nurturing fulfillment that is almost impossible to extend beyond your pet’s natural lifespan. So far,” reads the ViaGen website.

6.There is a book called Men & Cats by Marie-Eva Gatuingt and Alice Chaygneaud. Based on the French Tumblr Guys & Cats, this book is a series of images of muscular men alongside adorable cats and kittens posed the same or in a similar way. If it’s not on your coffee table yet, it should be.

How to open a cattery | Small business