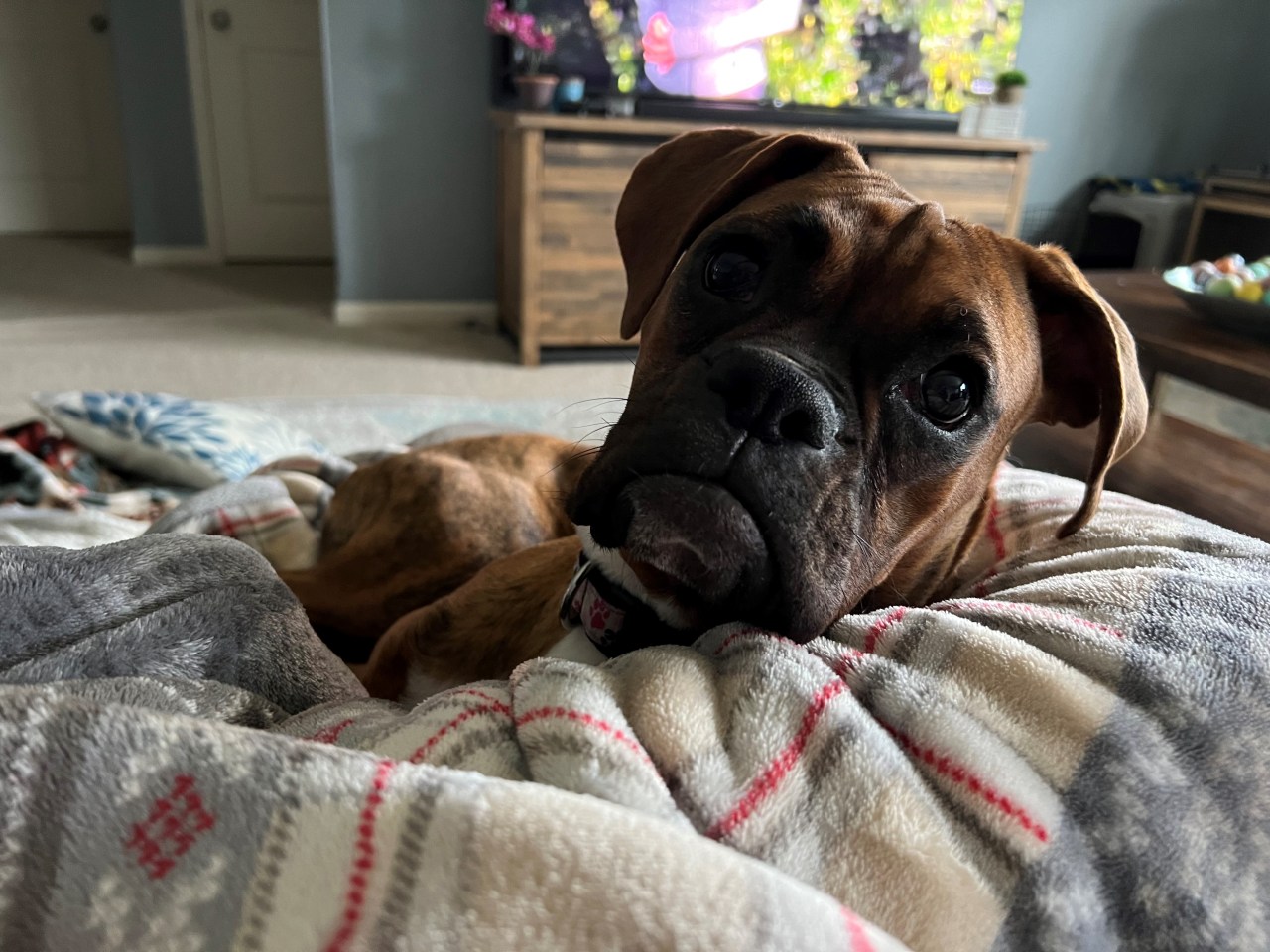 MUNCIE, Ind. – Melissa Davis and Patrick Carroll thought their trip to West Virginia was going to be good. That is until they get a call from Lauren, owner of Wagglebottoms, a pet boarding house in Muncie, telling them that their nine-month-old purebred boxer, Harley, is missing.

The couple dropped Harley off at Wagglebottoms around 2.40pm on Wednesday before setting off on their trip down south. 8:30 a.m. the next morning, Lauren called Davis saying Harley was nowhere to be found. “Lauren was just as stunned as I was,” Davis said.

Davis and Carroll’s immediate thought when they got the call was “How did this happen?” and “Maybe it was stolen?”. “Harley is an unsterilized purebred boxer puppy. I’m sure she’s worth a lot. He was an expensive dog,” Davis said.

The couple said they were grateful for the commitment of Lauren, Muncie PD and the community of Muncie in finding Harley. “I don’t want to say anything negative about Wagglebottoms right now, I’m just praying she’s taken today,” Davis said.

There is currently an active police investigation with Muncie PD. After inspecting the area, police found no evidence of Harley fleeing in the middle of the night. Doors, kennels and windows were all locked. After seeing the Facebook post about Harley’s disappearance the man who put up the fencing at Wagglebottoms even headed over there to make sure everything was secure and there were no ‘weak spots’ in the fencing.

There were none. Ironically, the cameras on the property weren’t working that night, with the exception of the front door camera, however, footage did not capture Harley’s whereabouts.

Davis said a lot of people comment on their “previous bad experiences” at Wagglebottoms. Some even threatened the owner Lauren with death.

“Lauren is getting death threats. She sent me screenshots of some of the comments on the Facebook post“, Davis said. “If I had known all this, I would not have taken her there. In the same breath, I am grateful that Lauren is leading this, “said Davis.

After contacting Lauren, she told us that she and her team are doing everything they can to bring Harley home. Lauren said she had been at the facility for about 36 straight hours trying to get Harley back to safety. “She’s a good dog and she deserves to be back with her family,” Lauren said.

Davis and Carroll are scheduled to return Sunday from their trip to West Virginia. The two hope Harley will be safe in their arms then.

“I am frustrated, heartbroken, devastated, worried. She’s so sweet and she’s our baby,” Davis said.

“I don’t think I will ever see a dog again.”

If you or anyone else you know has seen Harley, you are urged to call Officer Jamie Brown with Muncie PD at 765-216-2850.