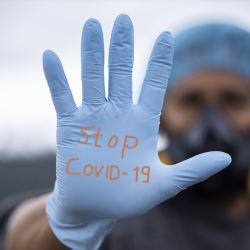 The ‘unknown unknowns’ of COVID-19 are what should worry us

Donald Rumsfeld, the two-time Secretary of Defense (Gerald Ford and George W. Bush administrations), is perhaps best known for an answer he gave to a question at a press conference in 2002:

Some commentators thought it was gibberish, but there’s wisdom in it, and it applies to the state of our knowledge – and uncertainty – about the possible course of the COVID pandemic. -19.

There are many sources for known information, including the CDC, scientific journals, major news outlets, and, of course, ACSH. We know, for example, daily counts and trends of confirmed COVID-19 cases, hospitalizations and deaths.

And then there are the known unknowns, like what fraction of the tens of millions of Americans infected with the Omicron variants of the SARS-CoV-2 virus will go on to suffer from post-COVID-19, or “Long COVID” syndrome, which characterized by signs or symptoms that persist for more than four weeks, and often much longer, after diagnosis of infection. If the incidence is close to 10-30% after Alpha and Delta SARS-CoV-2 infections, our healthcare system will be stressed to the breaking point and the costs will skyrocket (not to mention the suffering of those affected). In May last year, UK health economists estimated that COVID-induced disability could account for around 30% of the pandemic’s overall health burden. More recent estimates suggest that disability will account for an even larger proportion.

Other known unknowns include the timing of the appearance of new “variants of concern” and their nature in terms of transmissibility, virulence and ability to escape immunity conferred by previous infection or vaccination. Each infection with SARS-CoV-2 leads to viral replication, the creation of new mutants and the opportunity for Darwinian evolution to test them for their “fitness” – that is, for greater transmissibility and an ability to evade immune defences. In the United States, there are more than 19 million children under the age of 5 for whom there is no approved vaccine, and tens of millions more people have not been vaccinated. Currently, we rank 67th in the world for being “fully vaccinated” and 54th for having provided its population with a booster shot that preserves a high level of protection against hospitalization and death. This creates the potential for new variants.

Besides the known unknowns or hard to predict probabilities of the various events described above, there are also unknown unknowns in the world of virus-caused diseases. However, we can speculate on some of them. For example, coronaviruses are commonplace in animals, and there is a disturbing example in cats of a variation of the “Long COVID” phenomenon. They can develop a deadly disease called feline infectious peritonitis (FIP), which occurs long after cats have been exposed to coronavirus, usually at a young age while still in the shelter or cattery.

Feline coronaviruses infect 40-80% of all cats worldwide, most commonly in animals under two years of age. It usually causes only mild diarrhea or no symptoms, and usually goes away as young cats mature and develop immunity. However, in 5% to 10% of cases, a mutation occurs in the virus, which then infects the cat’s white blood cells, carrying the infection throughout the body and triggering an intense immune response in affected tissues, such as the brain or digestive system. Untreated, the disease has a mortality rate of almost 100%. We have seen a similar phenomenon in human disease: decades after polio vaccines nearly eliminated the disease, a proportion of survivors relapsed with post-polio syndrome.

There is an interesting link between feline coronaviruses and the SARS-CoV-2 virus in humans. An experimental drug, GS-441524, which has shown significant efficacy in reversing symptoms of FIP, is closely related to remdesivir, an FDA-approved drug for hospitalized COVID-19 patients. (Both are produced by Gilead Sciences.)

There’s an important lesson here: the best strategies are those that prevent getting infected in the first place, so for now the safest course is always to get vaccinated, boosted and take other precautions. reasonable to “flatten the curve” of infections. . The fewer the infections, the less the viral replication, the fewer the mutants and the less the likelihood of new, worse variants.

Henry I. Miller, physician and molecular biologist, is a principal investigator at the Pacific Research Institute. He is the co-discoverer of a critical enzyme in the flu virus. Melissa Hart, DVM, is a practicing veterinarian in Sonoma, California.