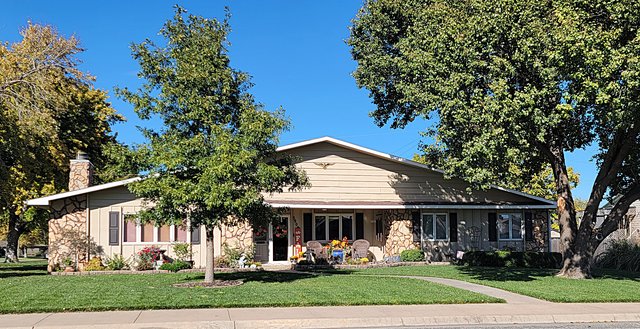 The board gives a nod to the kennel

Here’s a quick rundown of what Great Bend City Council did on Monday night:

• Approval of a conditional use license for a group child care center at 4507 Farmers Plaza Lane at the request of Great Bend Economic Development Inc. President, Sara Hayden, on behalf of Advancing Barton County Childcare Inc.

Notice of the application and of a public hearing on the application was given to surrounding landowners within 200 euros. A notice was also published in the Great Bend Tribune.

A public hearing was held on September 26, before the planning commission. No nearby landowners attended the meeting, said Logan Burns, building manager.

The property was purchased from Farmers Enterprises Inc. by ABCC. The site is currently vacant.

• Approved a zoning bylaw amendment to allow a boarding kennel in a residential area at the request of Larry and Jennifer Kurtz at 5908 Broadway.

• Approved a conditional use permit to allow the boarding kennel.

• Approval of a temporary expansion of the premises of Dry Lake Brewing.

Dry Lake Brewery requested the extension on Oct. 29 to hold a Halloween party. The event will include food trucks and a Pumpkin Smash fundraiser for the Cystic Fibrosis Foundation. Alcohol consumption is provided for in the proposed space.

The brewery is working with the National Liquor Control to obtain the appropriate permits for this activity. In order to permit alcohol consumption on public property, the ordinance had to be passed to exempt public property from state law, City Attorney Allen Glendenning said.

Existing ordinances and regulations could be interpreted as prohibiting the use of an RV parked on land as a residence. However, they clearly don’t, City Attorney Allen Glendenning said.

• Approved the annexation of the Cambridge development at the request of Housing Opportunities Inc. HOI is developing a three-phase housing project on the site which is currently outside the city limits.

HOI is the sole owner of approximately 24 acres adjacent to the southern edge of town at the end of Grant Street and behind Walmart. He worked with the Planning Commission to rezone the property into a planned unit development, City Attorney Allen Glendenning said.

A hearing before the Planning Commission is scheduled for November 28.

“We’ve learned that the lawyer’s workload requires a more full-time presence,” Francis said. Following openings at Glendenning for a full-time position, a new contract was offered. In short, Glendenning will serve as the attorney/city attorney for a combined 40 hours per week, and fees will remain at $14,000 per month, Watkins Calcara will provide workers’ compensation and other applicable insurance, and the city will continue to provide a position of legal staff assisting.

The duration of the new agreement is three years ending in November 2025.

• In a tie vote broken by Mayor Cody Schmidt, approved a 7% increase for employees for city health insurance coverage in 2023. They also voted to declare with Blue Cross and Blue Shield , but they will look at other options next year.

Julie Yarmer of Freedom Claims Management contacted the city about their services and she presented options on Monday night. The city then contacted Mike Minton, vice president of the Great Bend area with Arthur J. Gallagher & Co., to discuss options, and he was also present at the meeting.

• Heard a report from City Administrator Kendal Francis. He focused on the results of the citywide cleanup, the automated water meter reading system, and the progress of the Justice Center.

• Held a 15-minute executive session to discuss legal issues. No action was taken after the return to open session.