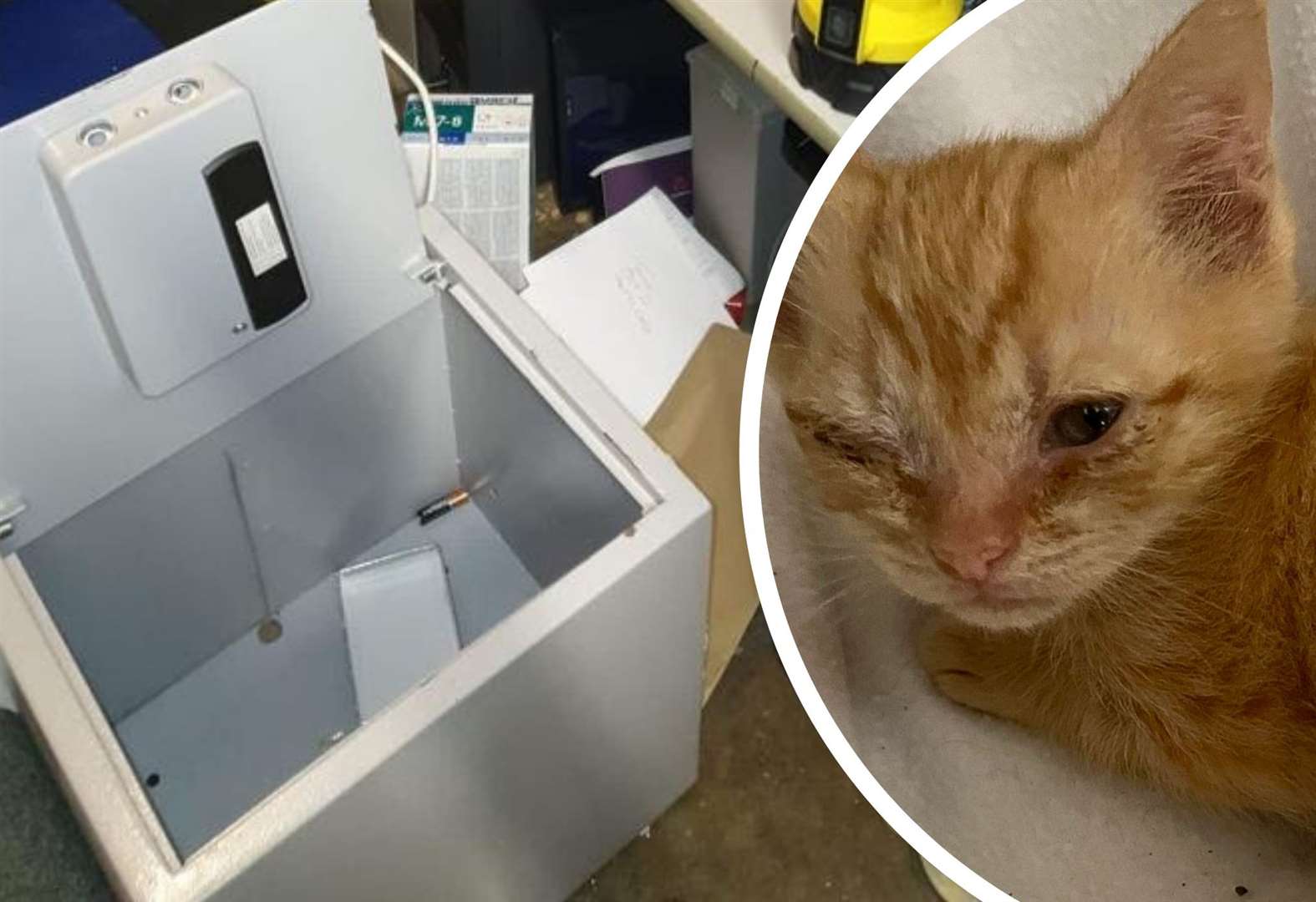 A branch of the RSPCA “full to the brim” with cats in need of serious treatment has launched a desperate appeal after a raid on one of its charity shops.

Police are investigating the Tankerton store robbery – in which thieves forced entry and stole all the money earned over the weekend.

The bars on the window were torn off and the glass was shattered before the safe was then removed and opened, leaving dust and debris on the floor.

A total of Â£ 360 in cash was stolen from the safe – but the cost of the damage to the Tankerton Road store is not yet known.

Branch manager Sarah Merrington said: “We are so saddened that this has happened. As a charity we rely on donations to help us take care of animals in the area and the main how we fund this vital work is through our charity shops, so it has a direct impact on animals.

â€œNot only did they take every penny from the weekend safe, but we also had to shut down to exchange while we fixed the store.

â€œHowever, the demand on us hasn’t stopped with calls always coming to our branch and cats needing care all the time.

â€œWe are currently at full capacity with cats in our animal center, so losing these vital funds is heartbreaking. “

The RSPCA Canterbury, which has a cattery on Island Road, has launched a fundraising appeal to urge supporters in the community to help them raise the lost funds.

So far they have received over Â£ 1,000 from generous donors.

The first customer of the day even brought cakes for staff and volunteers and donated Â£ 50 on the spot when they found out what had happened.

Ms Merrington added: “We really appreciate the support from the local community. We have been so touched by the kind words and generous donations from the people. We really cannot thank everyone enough for all of their help.”

A post shared by the branch on Facebook said they were “filled to the brim with cats in need of significant treatment” and the loss of revenue “was literally taking care of cats in need.”

The branch is currently caring for more than 20 kittens, 10 of which were rescued from a property, all of whom are underweight, infested with fleas and suffering from feline flu.

Police have confirmed they are investigating the raid.

“The burglary was said to have taken place between 5 p.m. Saturday and 9 a.m. Tuesday,” they said.

To help donate to the RSPCA Canterbury branch, Click here.

Read more: All the latest news from Whitstable