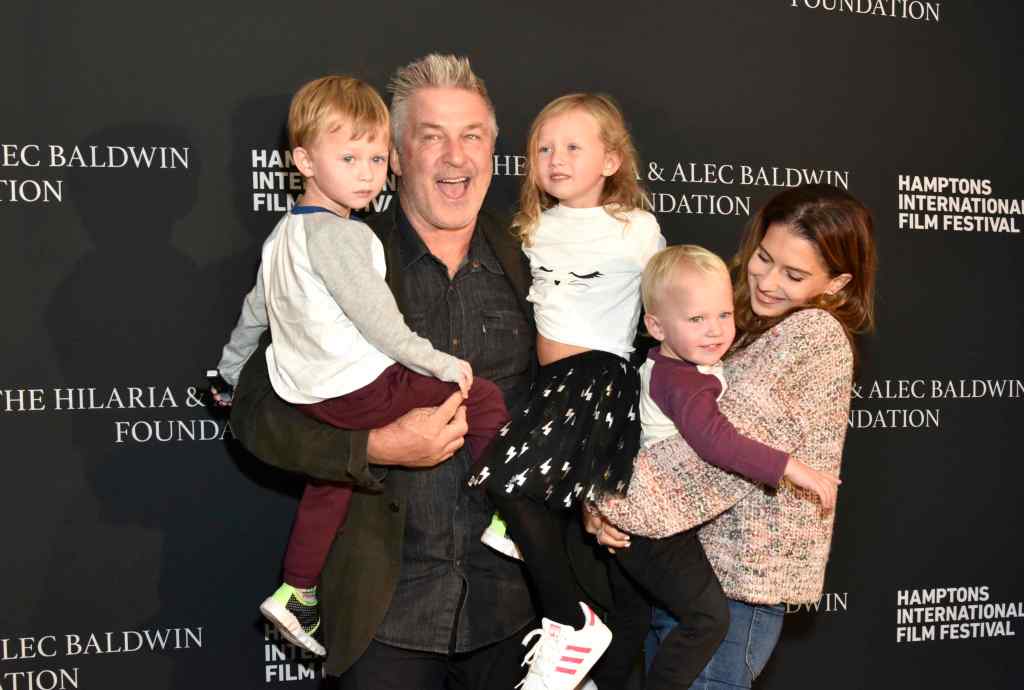 As Hilaria Baldwin tries to overcome the scandal of her Spanish heritage, she floods her Instagram with cute family photos of her busy home “Baldwinito”.

But the newest member of the family may create another problem for the besieged influencer mom and her actor husband, Alec Baldwin.

No, Hilaria and Alec Baldwin did not bring home another new baby under mysterious circumstances. On the contrary, the mother of six children announcement they had given their 7-year-old daughter Carmen a new pet, a sweet-faced kitten with leopard-like spots.

The adorable feline, named Emilio Cookie Baldwin, has become a new star player on Hilaria Baldwin’s family Instagram show. But his purchase earned the Baldwins a reprimand from an organization they have long supported, the People for the Ethical Treatment of Animals. This is because Emilio appears to be a Bengal cat obtained from a high end breeder. Even more questionable, from an animal welfare perspective, is that the identified breeder specializes in producing expensive and exotic hybrid cats that come from crossing a domestic cat with an Asian leopard.

Hilaria and Alec Baldwin made their daughter’s dream come true by giving her a kitten. She named him Emilio Cookie Baldwin. pic.twitter.com/6eMOFuOMuG

Looks like the Baldwins should know that PETA and other animal welfare organizations strongly discourage people from using breeders and instead encourage them to adopt pets from shelters.

Moira Colley, a spokesperson for PETA, tried to give the couple the benefit of the doubt by saying, “Knowing the Baldwins like us and given that they have spoken out against cruelty to wild cats and bears, the wearing fur, animal testing for cosmetics, and more, there is no doubt that they did not realize what the impact of buying a cat from a breeder is.

Collie continued in an emailed statement: “If they had known, we’re sure they would have gone to an animal shelter and adopted a cat that might otherwise die for lack of a good home.”

The yogi and self-styled wellness expert said they had “struggled” for years to figure out how to satisfy Carmen’s “desperate” desire, since the age of 2, for a cat.

The fight centered on the fact that “Alec is allergic” to cats, said Hilaria Baldwin. Bengal cats are indeed known to be hypoallergenic, mainly because they have a thick, short coat.

Hilaria Baldwin seemed to be hoping that her husband’s alleged allergy would justify going to a breeder to buy a trendy cat, instead of welcoming an ordinary rescue cat into her family, as PETA and other protection groups would recommend. animals.

As Colley points out, the Baldwins could have found a Bengal cat to adopt if they needed the breed for Alec Baldwin’s health concerns. In addition to the Bengal cats available on Petfinder.com, there are organizations dedicated to finding homes for stray Bengals or that have been returned by their owners. Burlingame’s Peninsula Humane Society & SPCA receives two or three Bengals per year who need loving homes, said communications manager Buffy Martin Tarbox.

Alec and Hilaria Baldwin’s cat buying choices come four months after she was embroiled in a bizarre scandal. Born and raised in Boston as Hillary Hayward-Thomas, she has been accused of attempting to impersonate a Spanish immigrant for more than 10 years, perhaps hoping that acting in Europe would make her mark more. interesting.

Among many well-documented incidents, Hilaria Baldwin allowed herself to be identified as “half-Spanish” while touting her credentials as a welfare expert, environmentalist and animal rights advocate during a presentation at the United Nations in 2019.

PETA has previously raised concerns about celebrities promoting their purchase of hybrid cats, which are sold at high prices to enthusiasts who think it’s cool to own an unusual-looking pet. In 2019, PETA’s senior vice president slammed Justin Bieber for spending $ 35,000 on two partly wild Savannah cats from a breeder. Bieber is married to Alec Baldwin’s niece, Hailey Baldwin.

Alec Baldwin gets a kitten pic.twitter.com/742piswiCf

Justin Bieber could inspire fans around the world to save a life by adopting a cat from a local animal shelter – rather than fueling the dangerous demand for hybrid cats, contributing to the animal overpopulation crisis and proving it when it comes to helping animals, her stance so far has been ‘I don’t care’, â€Lisa Lange, vice president of PETA.

Kiss Bengals, the cattery that Hilaria Baldwin tagged in her photos of Emilio, costs about $ 2,000 per kitten and says his famous clients include the Baldwins, Terrell Owens and Young Thug. Embrace Bengals cats have also been “featured in movies, magazine ads and TV shows,” the cattery website said.

But the Bengal and Savannah cats, known as “lounge leopards,” remain controversial as they come from a corner of the exotic animal market that has been denounced by PETA and groups like the American Association of Veterinary Medicine and the American Association of Feline Practitioners (AAFP). In a 2017 statement, the AAFP said it “strongly opposes the breeding of non-domestic cats with domestic cats and discourages the possession of first generation hybrid cats, due to public safety concerns. and animal welfare “.

Hybrid cats are known to often grow larger than domestic cats and have feral qualities, a unique way of bonding with humans and other behavioral traits that some owners conclude are too difficult to handle. manage once they’ve passed the cuddly kitten stage. Savannah and Bengal cats sometimes end up being abandoned or handed over to rescue groups.

â€œHybrid cats display types of wild behavior that make them difficult to have in a family home,â€ PETA’s Collie said.

There are legal restrictions for Bengals and other hybrid cats in certain states and cities. In New York, where the Baldwins have a home, it is illegal to sell or own a wild animal, which may include hybrids or the cross offspring of a wild cat and a domestic cat.

But fans of Bengal cats say those sold by breeders are “domestic” cats, usually four or more generations away from the wild cat, ensuring a gentle temperament and a healthy pet. Bengals Embrace said on his website that he socializes his kittens on a daily basis so that they have “outgoing and loving personalities.”

â€œThey’re lovely cats for sure, and they don’t require specialist care, but one thing about them is that they’re very energetic cats,â€ said Martin Tarbox. “As adults, they always play like kittens and require a lot of stimulation and activity.”

This means they need space to run around, lots of toys, and even a pet cat to play with. They’re also “talkative,” said Martin Tarbox, which means they meow a lot. â€œIf you are looking for a sweet cat, these are not cats to adopt,â€ she said.

“I have alarms and cameras just to ward off thieves, but they still stole my dogs”