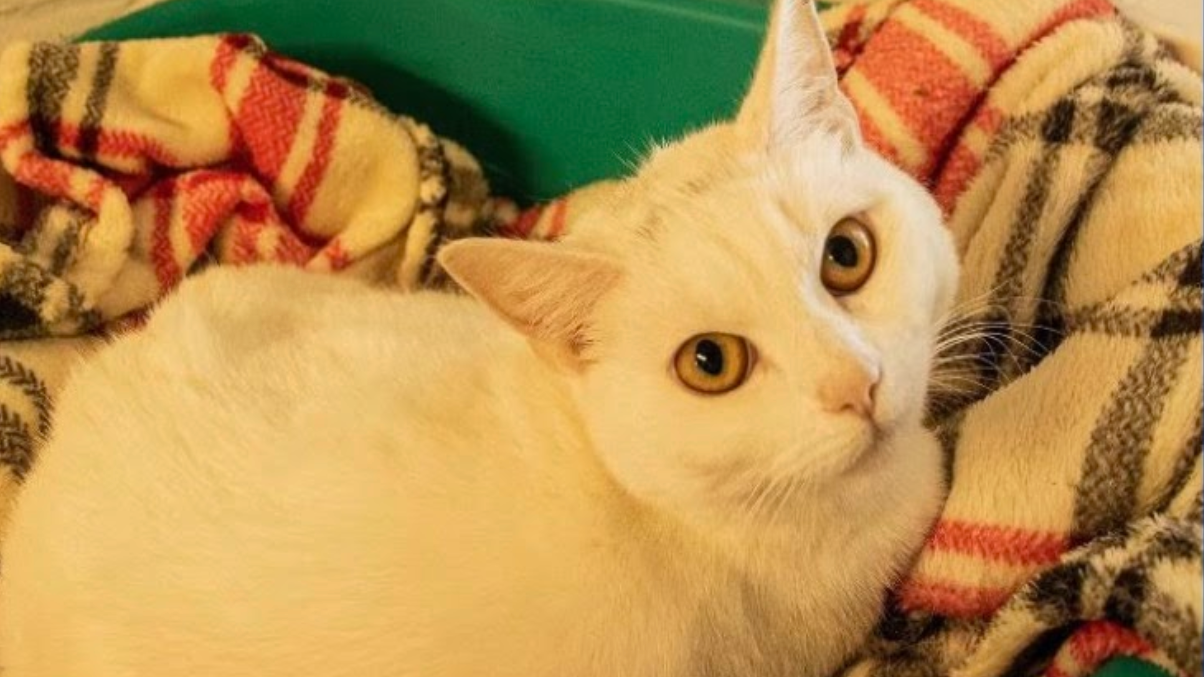 Pandemic pets: meet Willow, the cat no one wants

Willow is an 18 month old cat with a sad story. One of the many homeless cats cared for by volunteers at Northwood Grange Cattery in Whitchurch.

She had no known health problems when she was placed in the care of the cattery. The volunteers worried about her as she began to lose weight.

They believe that she has been affected by the stress of the care and that she will no longer eat from a plate.

She needs to be hand fed and volunteers take turns bringing her home every evening and on weekends to make sure she eats.

Yvonne Jennison, owner of Northwood Grange Cattery, said the pandemic has brought a wave of new complications for cats and kittens.

She told ITV Central that she was seeing an increase in stress-related illnesses in the cats she was caring for.

“We have had so many older cats in our care and more kittens than ever before. With older cats, in most cases their owners are dead and their families are unwilling to keep them.”

Yvonne, who has managed the site for 22 years, said the likely reason for the growing number of kittens in her care is that new owners of cats in detention cannot access a vet to sterilize their animals. of company.

“Cats can get pregnant when they are only a few months old. We have two mothers who are only 10 months old,” she said.

The cattery received an average of a hundred cats per year, before the start of the pandemic.

Last year that number almost doubled to 185, and already this year they have passed 200.

Andrea Gabbitas is the Trustee of the Shropshire RSPCA branch. She says that “we’ve all heard of confined puppies, but no one seems to be talking about cats.”

The cattery is continuing its relocation efforts and has successfully rehoused over 200 cats this year. But as the numbers increase, they are looking for more help.

“The RSPCA Shropshire branch welcomes applications from anyone interested in becoming a foster family. Full training will be provided and all expenses incurred (food, bedding, etc.) will be paid by the branch.”

An honorable and scientific farewell to companion dogs in Guwahati