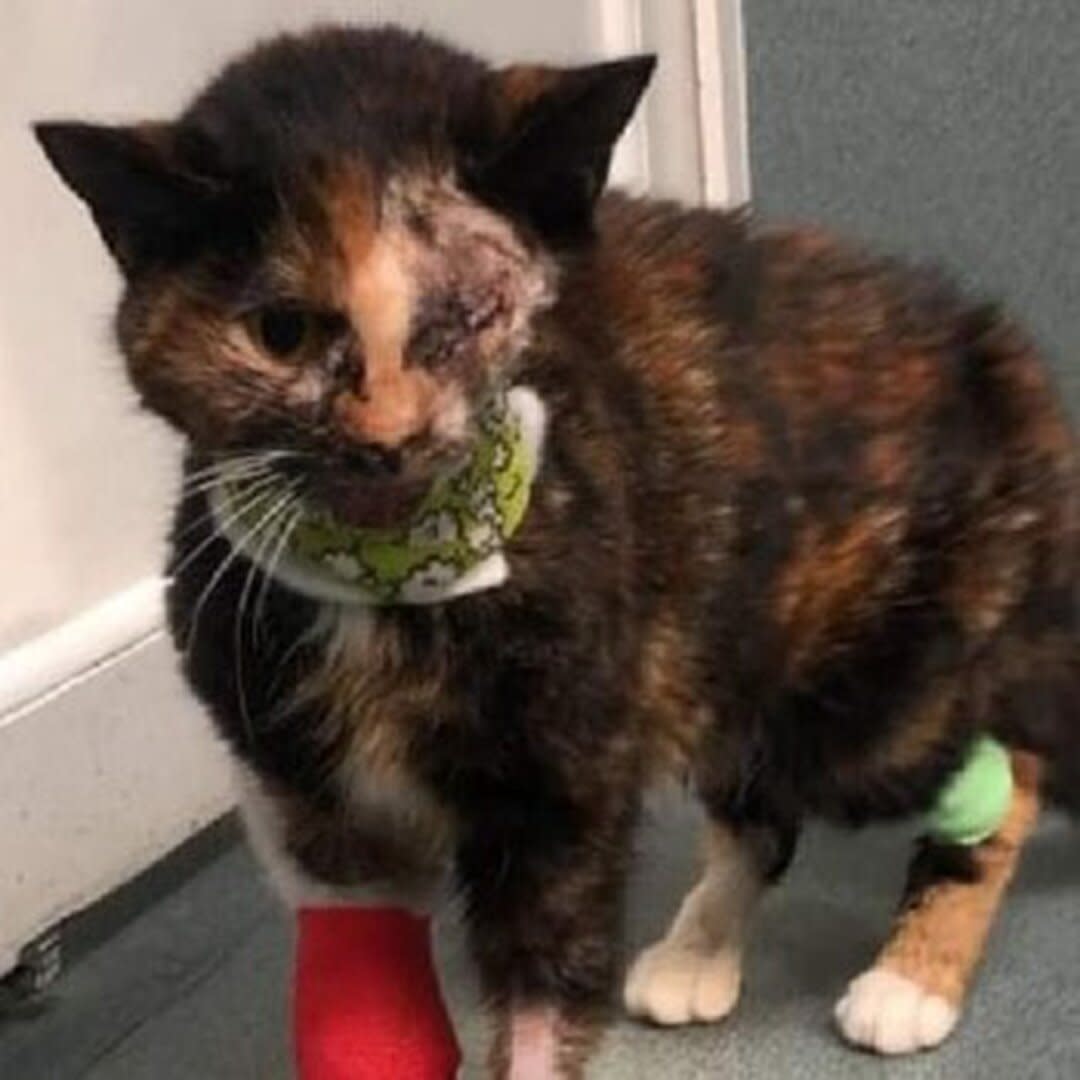 A cat who suffered “catastrophic” injuries after being hit by a bus has found a forever home.

On Wednesday, the Royal Society for the Prevention of Cruelty to Animals (RSPCA) announced that a four-year-old stray cat named Trudie had been adopted after six months of treatment at the English animal welfare organization.

“We are very happy to report that Trudie, who survived catastrophic injuries after being hit by a bus, has recovered and has finally found her perfect home!” the RSPCA shared on Facebook on Wednesday.

Trudie, named Saint Gertrude – the patron saint of cats, was hit by a bus in March. Witnesses told the RSPCA she was scared and fled after sustaining severe head injuries. After 16 days, animal center staff found Trudie and brought her in for treatment.

Trudie’s eye had to be removed due to damage from the crash, according to a press release, and her shattered jaw had to be reconnected. After six months, the sweet cat made an incredible recovery; RSPCA staff proclaimed it a “miracle”.

“It is a miracle that she survived these horrific injuries, especially since they kept her from eating. She showed that she was a real fighter,” said the RSPCA deputy director. Southridge, Mona Jorgensen, in a statement. “After her operation, she was tube fed for the first week, then when she arrived at our cattery, we slowly weaned her off to normal food and helped her start walking again.”

She continued, “We all spent so much time with Trudie, and she had a special place in all of our hearts. After everything we had been through, we knew we had to find the most amazing home for her.”

Never miss a story – sign up for PEOPLEthe free daily newsletter of to stay up to date on the best that PEOPLE has to offer, from juicy celebrity news to compelling human-interest stories.

â€œMy daughter and her fiance were not suitable for Trudie as they have another cat, but we knew we could give her a lovely, quiet home,â€ Hopper said in a statement.

Since welcoming the cat to her family, Hopper said Trudie is making good progress and feeling comfortable in her new home.

â€œShe loves spending time in the sunny porch; she has her own chair, two armchairs and a sofa to choose from, so she moves to take a nap in different places! he shared in a statement. “She loves watching the birds in the birdbath, and we have a lovely big garden, so once she’s ready I’m sure she’ll enjoy exploring outside.”

Hopper continued, “We’re big animal lovers, especially cats, and I knew I would pick an animal that had been through the worst times so that I could show them a good life.”