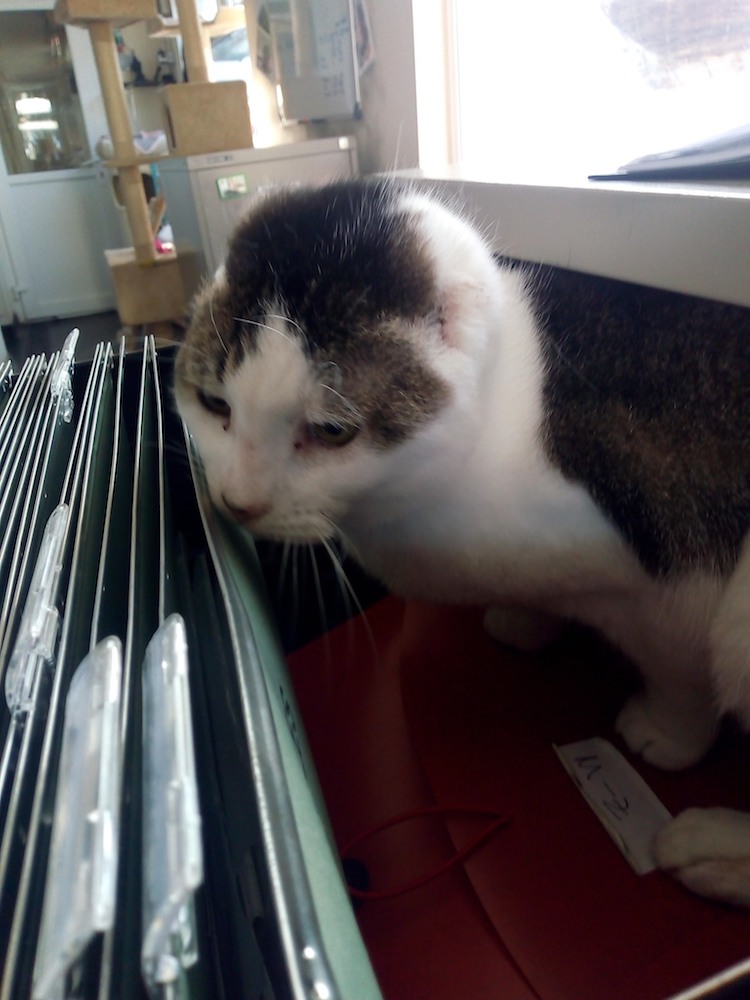 Meet Mikey, the earless cat looking for a new home

Mikey the cat hasn’t had the easiest life – living on the streets, he developed skin cancer and had both ears amputated.

But now Freshfields Animal Rescue, who has cared for Mikey for 13 months, is hoping to find a special owner for him who can look past his surgical scars and give him a home forever.

The six-year-old white tabby cat was brought to the center near Ince Blundell in July 2020 by kind pet lovers.

He had lived on the streets in Liverpool and was in deplorable condition, and when examined by on-site vets at Freshfields he was found to have tumors in his ears.

Cats with light or very short coats can be prone to skin cancer, especially if, like Mikey, they don’t have a caring owner to protect them from the sun or apply sunscreen to vulnerable areas like the tips of their heads. ears or their skin. around their nose.

In an effort to stop the spread of cancer, Mikey had to have both ears amputated – and now, luckily, a year after his operation, he’s cancer free and is ready to make the most of his second chance. .

But the staff at Freshfields, who have fallen in love with his great personality, are determined to find their perfect match.

â€œMikey is a survivor, he has such a fun character and we think he’s gorgeous, but when people see him, because he’s not the traditional image of a cat he tends to be. overlooked, â€says Debbie Hughes of Freshfields.

â€œWe’ve just come through kitten season and most of them have been welcomed now which is lovely, but that means older cats or those like Mikey who are a little more quirky are waiting because people are attracted to cute little ones. “

Debbie says that the fact that Mikey is even there and looking for a new home is a testament to the teamwork that brings Freshfields and his animals to life.

“It shows what can happen when everyone works together because someone found him on the street, they brought him to us, and then obviously our supporters pay us to cover our vet bills so that everyone has a role to play. “

The donations not only pay for the day-to-day running of the center, they also helped fund an on-site vet room, where Mikey underwent surgery.

â€œWe raised money for our treatment room six years ago so that our excellent vets could perform some surgeries on site,â€ says Debbie. â€œThis means we make the best use of donations because we don’t have to outsource the processing and we can reduce stress on the animals as well. “

Mikey, she says, is a happy guy who didn’t let his traumatic past affect him.

â€œHe doesn’t let the fact that he doesn’t have external ears bother him at all. He’s a badass but he also has a sweet side, he’s a fun character who loves people and he’s very affectionate. It might take a few sniffs to get to know you, but once he meets you he is your companion and he will be right after you for Dreamies and cheek massages!

“He’ll be a brilliant pet for someone who can see beyond the superficial, so we’ll do our best for him until we find him the right home.”

Anyone interested in adopting Mikey should contact Freshfields by email at: [emailÂ protected] or call and the cattery staff will be happy to introduce you.