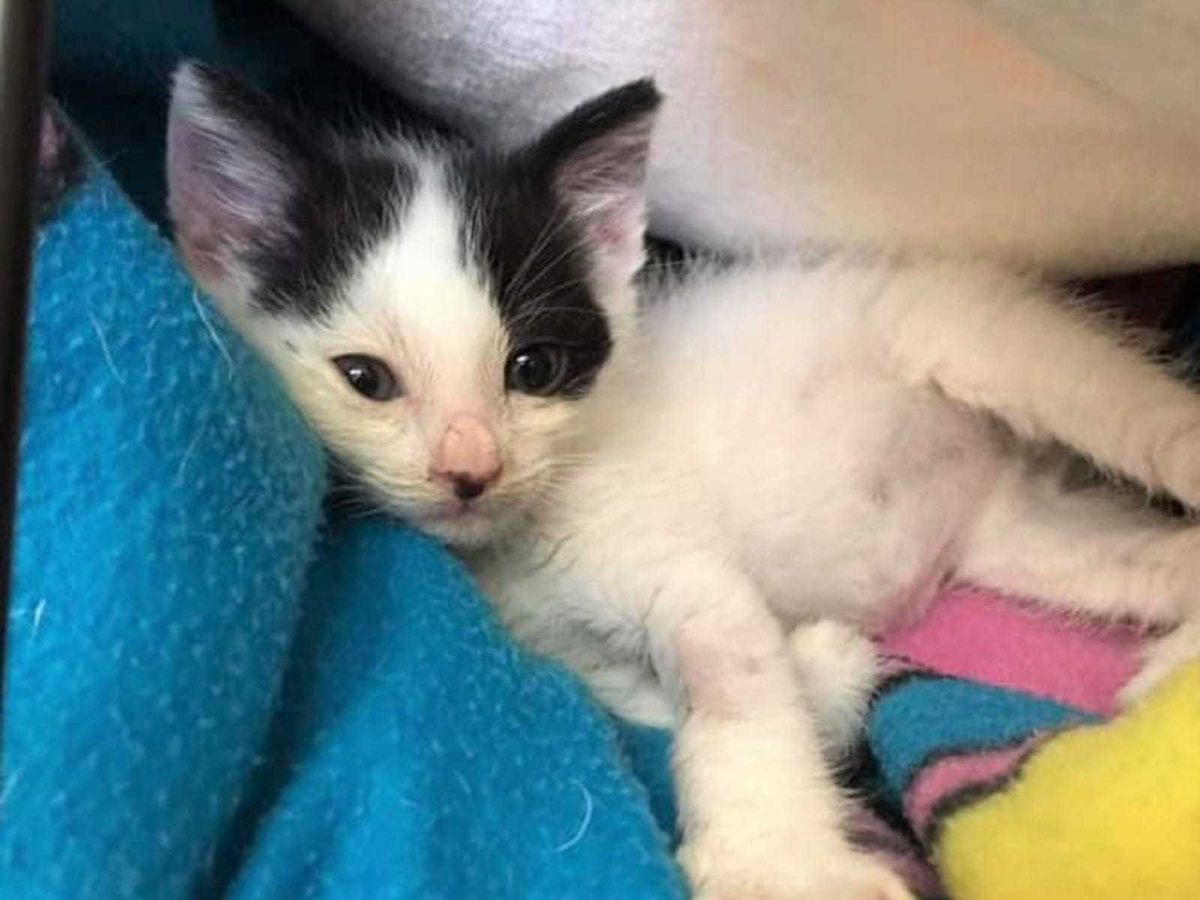 A kitten got trapped in a furniture truck traveling to the UK from Romania after believing it had infiltrated “looking for a comfortable place to sleep”.

The four-week-old stowaway, named Roman by his rescuers, was severely dehydrated when he was discovered by staff at the Bedford warehouse.

He is believed to have been trapped aboard the truck for nearly a week in baking temperatures.

Roman needed intensive care and intravenous fluids after being taken in by volunteers from the Cats Protection charity, and he will spend three months in government-mandated quarantine.

Tamsin Eastwood, who works at the depot, is also the coordinator of the nearby Bedford and Biggleswade branch of Cats Protection. The warehouse staff therefore asked for help when they found the small animal.

â€œIt was clear that this poor kitten was doing badly and needed urgent help, so I grabbed a cat carrier and made it to the depot,â€ Ms Eastwood said.

â€œI asked them to check the truck for a mother cat or any other kitten, but there was only this one.

â€œHis eyes were glued together and he was very weak.

â€œHow he even had the strength to cry surprised me, but it was a good sign.

â€œHe’s a little fighter and we knew what we had to do.

“We will never know Roman’s story or how he got stuck in the truck, but he probably snuck around looking for a comfortable place to sleep and the next thing he crossed borders.” with rising summer temperatures.

â€œHe must have been very hot, scared and desperately thirsty.

“It’s a miracle he survived this weather.”

Roman was treated by a veterinarian and transferred to a Defra-approved quarantine cattery, where he will stay for up to three months, sponsored by Cats Protection.

“He was also showing symptoms of feline flu, with swollen and inflamed eyes and lots of discharge that prevented him from being able to open them until they were washed by the healthcare team,” he said. she declared.

â€œRoman was admitted to the vet for intravenous fluids and intensive supportive care, which included antibiotics and lots of TLC.

â€œFortunately, he responded very well to the treatments and was well enough to be transferred to the quarantine cattery the following week.

As Roman is still very young, the staff at the quarantine facility will continue to give him all the extra attention he needs, including a kitten socialization program to ensure he grows up to be a happy cat and confident.”

At around 12 weeks, he will be vaccinated against rabies before being sent back to Cats Protection three weeks later to be relocated by the Bedford and Biggleswade branch.

With the cost of treatment high, volunteers from the Cats Protection branch launched a JustGiving page to raise funds to cover the Â£ 1,600 bill.