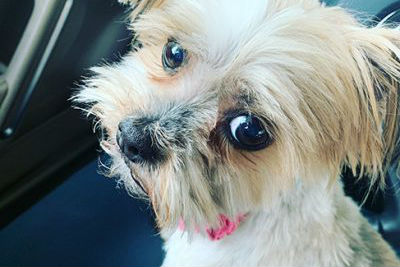 Keep your fucking hands away from my cute dogs, Waynesboro

I tried to take a deep dive to understand the motivation behind the proposed amendment to the City of Waynesboro ordinance governing the housing of dogs, cats and other animals in the city.

It’s hard to do a deep dive, I would find out soon, when the pool is dry.

Nothing in terms of motivation, reasoning or anything that looks like a good excuse to make the proposed changes was given in the agenda information pack sent to city council members and published publicly on the city’s website.

So you own more than four dogs, five cats, 10 chickens, any number of roosters, which you do now and have been doing reasonably for a number of years, and you’re about to be an out- the law – that, or you I have a little soul searching.

Which is bad enough, that people – including me, because I own six dogs, weighing between five pounds and 17 pounds – have to consider getting rid of their family members due to an arbitrary law change like hell.

On my corpse, this is how and when it will happen.

Either way, here’s what makes it worse: No one is asking for this change.

How can you tell? The people who drafted the proposed new law did not provide any rationale in their memo to city council members.

The presentation in the memo comes across as an effort by a modest member of staff to clean up a section of city code for lack of anything better to do.

If that was anything that was needed, we would have illustrative horror stories about a person with five dogs or six cats or 11 chickens terrorizing their neighbors with incessant barking, meowing, chanting, whatever.

Then we would have data on how many people are known in the city and estimated to house more than the newly recommended number of animals, and projections on how the quality of life in the city will improve once the newly written ordinance will be promulgated. .

We don’t get any of that.

What we get is a vague reference to bringing the city code into line with the Virginia Code, which doesn’t actually spell out a specific number.

The guiding ordinance allows localities to set their own boundaries, which is why you see Roanoke County allowing three dogs and six cats, Virginia Beach allowing four dogs, and then setting the kennel and cattery license fee from of five dogs and five cats that require a license condition.

So the numbers four and six in relation to dogs and cats in Waynesboro – came out of nowhere.

Without anyone calling for change.

Without even the staff member pushing for change able to tell us how it will improve life in the city.

The person responsible for drafting this ordinance and the note to city council needs a few weeks of unpaid leave to consider their sins.

The city manager who felt it was appropriate to forward this nonsense to city council for consideration should be advised to start tweaking his resume.

Any member of the city council who plans to vote for this bullshit will remember that there are always elections around the corner.

$ 2,000 reward for a cat missing somewhere between Nice and LA

Marketing of boarding schools and catteries