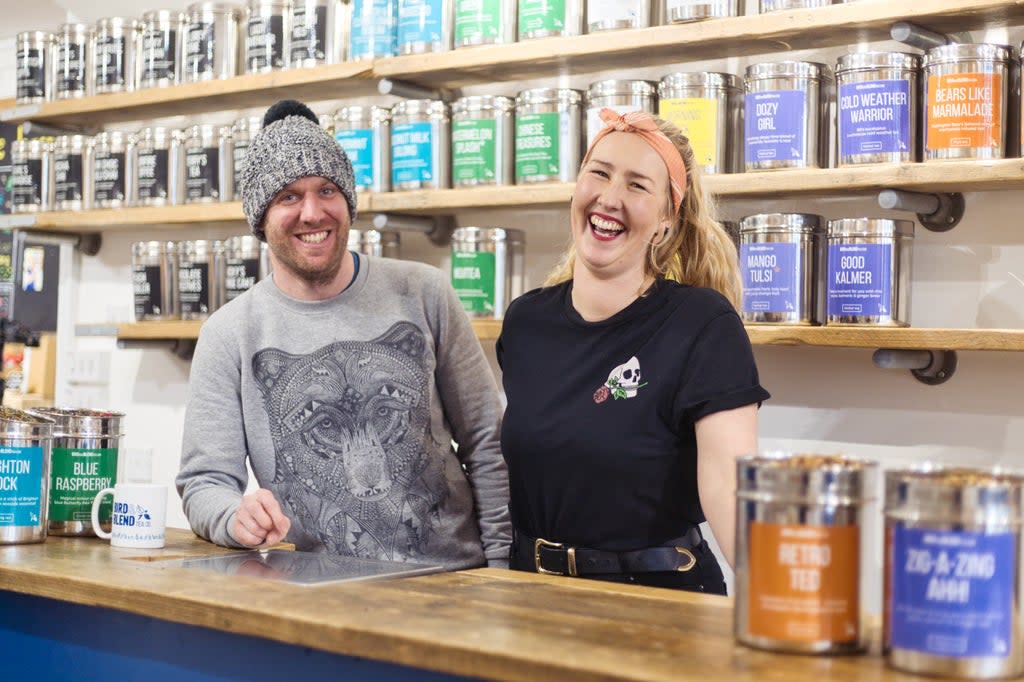 How Bird & Blend is reinventing the quintessential British tea

At the Nottingham school, Krisi Smith was seen as a problem, displaying the classic vices that would later prove to be her greatest strengths: she was independent and strong-minded; she asked too many questions, thought for herself and insisted on doing things her way. The truth is, she loved to learn and did well on exams, but she was never admitted to the “higher levels” nor was she selected as a candidate for Oxbridge. To come out on top in his final year was a sweet revenge, but not as sweet as starting his own business worth around Â£ 18million. You didn’t have me in your club, she thinks as she browsed her empire of 14 retail stores across the UK, but I did manage it anyway.

It’s about Bird & Blend, the award-winning tea mixology company that ‘reimagines the ultimate British tea base’. It wasn’t that Creative Director Smith had a passion for tea; not when she started, at least. It’s just that she saw an opportunity. Tea was â€œthe vehicleâ€ for the kind of business she wanted: focused on people both ways, while ticking the creativity box for its restless founder. “Who can’t relate to tea?” Smith asks, not needing an answer. â€œIt was a great product on which to build our business. “

Smith bought his first car at the age of 16, for Â£ 600, a sixth-hand Mazda painted green to go. â€œI wanted to escape,â€ she says. “To be out there in the world.” It was no coincidence that when she slipped a mixing tape (actually a CD) into the stereo on her first drive to school, the main track was the ’90s single N- Trance “Set You Free”.

Every penny of that Â£ 600 was well earned. Like many young teens, Smith babysat, but unlike most, she also cleaned the local stables and, despite her allergy, the cattery as well. At 16, she worked at Ikea and B&Q, increasing her income over the summer by helping out at NatWest’s cashier desk: a combination that would see her reach grade six and beyond, when she increased her setting by adding hours as collector debt by day and a dejected girl at night. She didn’t get much sleep.

This all explains how Krisi Smith got 37 jobs when she was 24. It was not that she was unfit for work, quite the contrary: she had held more jobs than most of us in a lifetime, many of them simultaneously. But despite all the hard transplant, she still felt underemployed. Or at least undervalued.

Smith is still more impressed with a stint in fast food than a brilliant graduate program, and more likely to recruit potential managers in hospitality than in luxury brands

So how did she get into tea in the first place? She paid her dues by working in the tea bars of Liverpool, which she fled to train as a ski instructor in Canada, only to run out of money and end up reselling tea. As it turned out, North America was one step ahead of blends and flavors, while we were still obsessed with Earl Gray and English Breakfast. Where we languished in the chintzy doldrums of elitist nostalgia, they looked forward to a more inclusive future. â€œNo one in the UK was making tea creatively,â€ she says. “Mixology” was the term chosen by Smith to evoke the freshness of the cocktail bar.

One day in 2012, in a pub in Canada, Smith and his co-founder Mike Turner, then his partner ski instructor, now managing director, wrote down their shared vision on a briefcase (still pinned somewhere at the head office in Worthing) and decided to go home. â€œNo Wasteâ€ and â€œEnvironmental Responsibilityâ€ were at the top of the list. They named their fledgling business Bluebird Tea, citing the ‘Blue Bird Day’ of clear blue skies and sunshine so beloved by ski communities, when businesses and schools close their doors and everyone heads to the hill because it’s a day they absolutely don’t go. Miss. Their business would encompass the â€œneeds, dreams and wantsâ€ of people, refracted through the lens of tea.

But when five years later they set out to grow through a crowdfunding campaign, they ran headlong into copyright issues with a powerful company that had the financial clout to take them out. Despite being a fighter by nature, stubborn and keen to protect her existing employees, Smith decided not to make it a David and Goliath story and instead welcomed the opportunity for a rebranding. “How do you see us? She asked the â€œteabirdâ€ community on Facebook, and the answer was always a variation on â€œblendâ€. So Bird & Blend was born from the ashes of Bluebird, retaining the idealism of the original but twice as strong, thanks to the supercharged power of Alliteration and Ampersand. â€œThe ampersand is important,â€ says Smith. â€œIt equates to connection, and connection with others is an integral part of our ethics. “

Bird & Blend has over 200 teas in its catalog, including established favorites such as Gingerbread Chai, Mojitea, Earl Gray Creme, Chocolate Digestives, and Strawberry Lemonade, but the trend is always innovation. As chief mixologist, Smith monitors food trends and hosts focus groups, but ideas can come from anywhere, such as when she was inspired by the 2018 Color of the Year from Pantone, which resulted in Ultra Violet, which brewed purple and tasted like Parma Violet candy. She’s been working over Christmas since February, looking to push the boundaries beyond Mince Pie, Christmas Cake and Irish Coffee with Snowball, Salted Caramel Lebkuchen, Fairy Tale of NY and this year’s special, Peppermint Hot Cocoa.

Pushing boundaries is what Smith does. When she left school, she bought a round-the-world ticket and flew away for a year. She crossed Thailand on a motorbike and went diving in Egypt. She hiked to Everest Base Camp in Nepal. She climbed the K2. She volunteered in South Africa and traveled up the east coast of Australia in a van. It was partly wanting to travel, partly soaring, but at one point she applied to Durham, where on her return she received a degree in politics and psychology. For various reasons, she found it as alienating as school. And while in school she had found solace in the saxophone, playing in the jazz orchestra, harmony orchestra and even the marching band, in college the silver liner was learning to row. It seemed like everyone had rowed since they were seven or eight, but Smith quickly beat them at their own game, becoming the club’s captain and leading the women’s team to Henley.

Given Smith’s fondness for the great outdoors, it’s no surprise that zero waste, green energy, and maximum recycling are all integrated. â€œWe were one of the first to introduce plastic-free tea bags,â€ she says. â€œAnd the first to use fully biodegradable individual sachets. They just spent 18 months developing a sachet that has a shelf life long enough to seal in the oils and flavor of the product, but a shelf life short enough to completely decompose when thrown away.

Smith is still more impressed with a stint in fast food than a brilliant graduate program, and more likely to recruit potential managers in the hospitality industry than in luxury brands with a superficial affinity to hers. â€œI know how hard they worked,â€ she said. â€œI know they can think on their feet. I know they have courage. Yes, we are a premium tea brand with a great quality product. But we are not fancy.

Yoto: the portable speaker and platform for children

Wonderbly and the maturity of the personalized book

How Caroline Rush put British fashion on the world map

WHAT KIND OF CAT? If you are looking for a cat with a specific look or personality, consider one with a family tree | Lifestyles