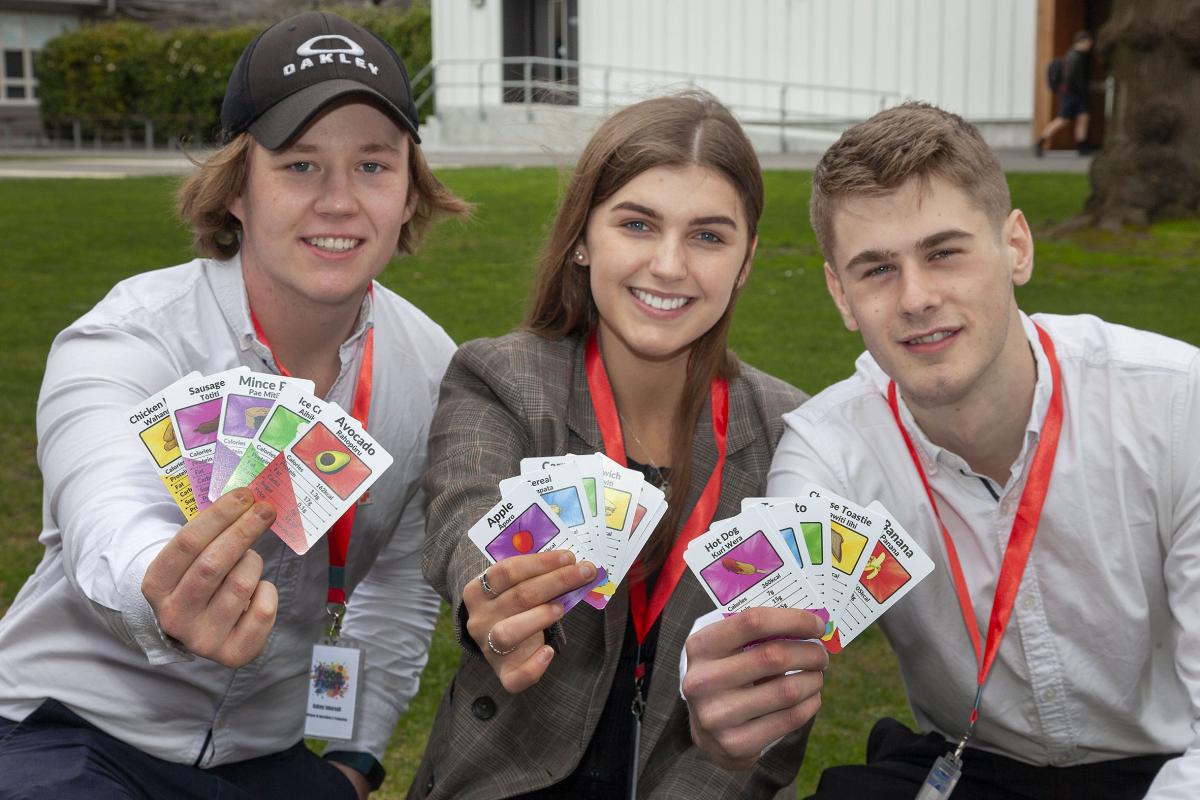 Four high school students from Christchurch are on a mission to educate children on what really goes in their food.

Their Young Enterprise Scheme business education project has been so successful in recent months that it is now available in select supermarkets and schools.

Inkersell is the Managing Director of Food Fight: â€œWhen I was younger I was overweight and didn’t know anything about nutrition,â€ he said.

“I wish I had a resource like Food Fight to educate me as a kid and find out what it did to my body.”

Kelly said there was not enough nutrition education in schools.

â€œThis is one of the main issues in New Zealand’s childhood obesity crisis,â€ she said.

“With this game we think it’s a fun and interactive way to teach kids about nutrition and in schools kids will have more control over their health.”

The students wanted to promote balance – no food had a positive or negative connotation in the game, it was more about presenting the real facts and allowing children to make informed choices about their food.

Each of the 52 cards incorporated Maori te reo and contained a picture of food typically consumed by children, such as fruit, sandwiches, tarts, or ice cream.

What followed was a real breakdown of nutrients in food, including calories and fat and sugar content.

Food Fight used this information to form a game in a style similar to the Top Trumps card game. The objective is to have the most cards received from other players by winning tricks.

Oakley said, â€œYou win rounds fighting with the categories on the cards, which are Calories, Fat, Protein, Carbs, Sugar and Price. The person with the higher or lower stat, depending on the category, wins that round. “

Despite the Food Fight team leaving for the University of Canterbury next year, they were still keen to see the business grow.

So far, around 120 decks have been sold to parents, teachers, and businesses, with increasing interest from doctors seeing it as a prescribable tool. Each card contains actual statistics.

â€œWe have also been contacted by parents of children with type 1 diabetes who said Food Fight is perfect for helping their children find out how much sugar is in their favorite food,â€ Oakley said.