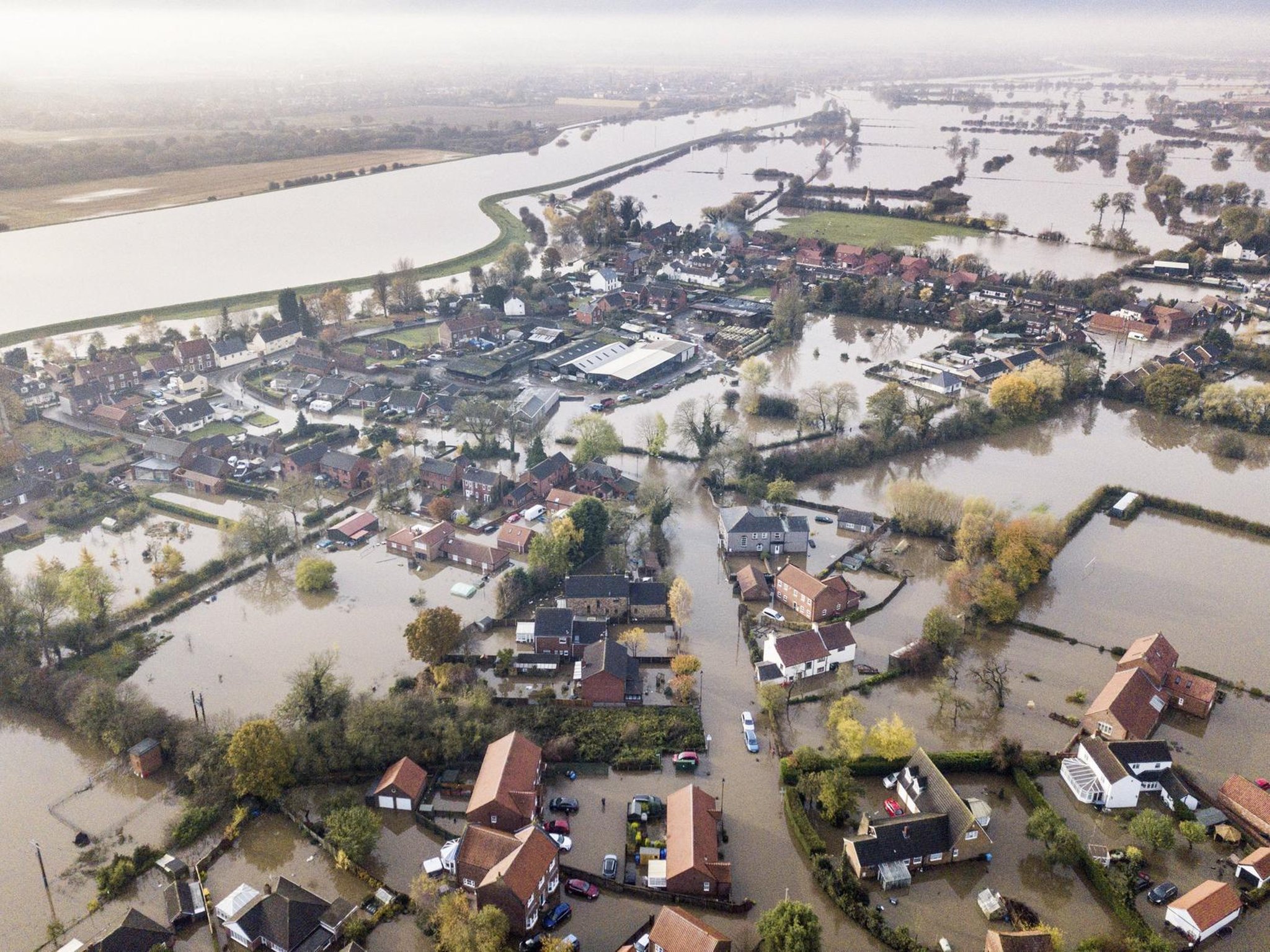 The resilient community has now compiled their experiences in a new book, Flood: The Stories of a Village Underwater.

Register now to our daily newsletter

The newsletter i cut through the noise

Copies of the book, which was produced through donations, will be given to every household in the village free of charge, and more copies will be available for purchase online. The profits will go to those who experience financial difficulties as a result of flooding.

Andrew Mott, right, with his wife Sara, after their home was hit by flooding in 2019. Photo: Tom Maddick / SWNS.

“Flood water surprised many people when it entered their homes: it rose through the floors and emerged from behind the baseboards,” the authors explain. â€œMeanwhile, many parts of the village remained oblivious to what was going on and only realized the impending danger when they saw calls for help and sandbags on social media.

â€œIn the hours that followed, the lights of the emergency vehicles pierced the darkness of the night, and many homes were evacuated. In the days that followed, village life became almost unrecognizable: transformed by the waters, police, firefighters, boat crews and television crews. Countless other people came to help, many of whom had never walked the generally quiet roads and paths of the village. “

The book has been in the works for almost two years and includes 85 stories and articles featured alongside 350 photos, but today The Yorkshire Post is printing an excerpt showcasing residents’ contributions. Andrew Mott.

NIGHT was dark, but it’s usually November. What I didn’t know, even when I pulled into our route (with its new outdoor, two-inch-deep river-shaped water feature), was that things were going to get a lot darker, metaphorically fine. sure. .

The aforementioned outdoor water feature then decided it wanted an upgrade to an indoor one and so it sank, without knocking or ringing the doorbell, right under our front door.

They do not have manners some parts of water!

We grabbed everything we could to try to stem the flow: towels, cushions, curtains, my clothes (off the cuff!) But nothing worked, the flow got way too strong. We really knew we were hiding for nothing when the water started to enter under the walls of the house.

We have concrete floors and no air bricks, but it still found a way in. Water is very cunning and ingenious. At that time, the water depth was about 12 inches (roughly 30 cm for all new children and Europhiles).

Suddenly there was a knock on our front door and a commotion ensued in our hallway. Expecting to be devoured by Jaws or kidnapped by the creature of the Black Lagoon, we were quite relieved to see the friendly faces of our wonderful fire department.

As I was disabled, they came to put us to safety; Gawd bless them!

As they took me out of the house to bring me to drier land, they had to tilt my wheelchair a bit to make the battle against the tide a little easier. What a strange (and not particularly pleasant) feeling to have my back dragged through the icy water, acting as a makeshift rudder for the good ship Andy; not recommended!

Now, on drier land, we piled into our Land Rover, â€œusâ€ being my wife Sara, my daughter Emily, our two dogs, Noah and Legion, and of course yours truly. Our seven cats had happily settled upstairs, so we knew they were safe. We left without really knowing where we were going or what we were doing.

After a quick phone call, we decided that Emily would spend the night with her sister StÃ©phanie. So we went to Sheffield to drop her off.

We then returned to the house, still unsure of what to do for the best and spent the rest of the night parked in the Aldi parking lot in Thorne. We barely slept. It was freezing cold and two large dogs panting and drooling to their necks is not a recipe for a good night’s sleep.

The next morning we made reservations at the Travelodge in Thorne (at junction 6 of the M18) where we would stay for the next six weeks. The staff at Travelodge could not have been more helpful, not to mention the food vendors; a loud cry is well deserved by all.

Oh, and just in case you were wondering about our family of animals, the dogs went for a luxury stay at the local kennels.

Until the waters calmed down (when we were able to save our cats and reserve them at our usual cattery), the firefighters waded through the floodwaters and fed them for us.

What a fantastic bunch of guys and girls! Six weeks is thankfully a good time for a lot of plotting and planning, especially when you find out the Travelodge is closing or Christmas!

Our home insurance company had been unable to find us a suitable place to live, so we took the same route as several other people in Fishlake and rented a static trailer. You would think it would be a fairly straightforward navigation; how difficult could that be?

Well, with the firm we have found: very. The delivery day after the promised delivery day has elapsed, but still no caravan.

We were seriously considering spending Christmas in our Land Rover, but luckily at the last hour it happened. â€œHoorah!â€, I hear you cry.

Well no, far from it really.

The owner of the caravan said he had measured our route and the caravan would be a perfect fit.

If his name was Paul Daniels, maybe he was, but no, we didn’t like him, and certainly not very much.

In the end, our fence post had to be knocked down, half of our front hedge pulled out, and most of the drainage ditch in front of our house filled in, just so the big thing could be hauled onto our property and located. Sorry, did I say “located”?

Well, not according to the guys who delivered the trailer. “We just delivered them, mate,” they said nonchalantly and began to escape into the rapidly encroaching night.

Having been informed by the owner that it would be located we were completely at a loss as to what to do. As if we weren’t stressed enough! Fortunately some of our wonderful neighbors got together, made a few phone calls to people “who know their stuff”, the caravan was

finally settled in and we were in it for Christmas.

Since October 24, 2020, we are finally back home, but unfortunately without my trusty German Shepherd, Legion. Unfortunately, he succumbed to the common disease of many German Shepherd dogs, namely the failure of his hind legs. He fell asleep on June 8, 2020. Rest in peace my old friend …

RSPCA section: Thank you for your support for our events