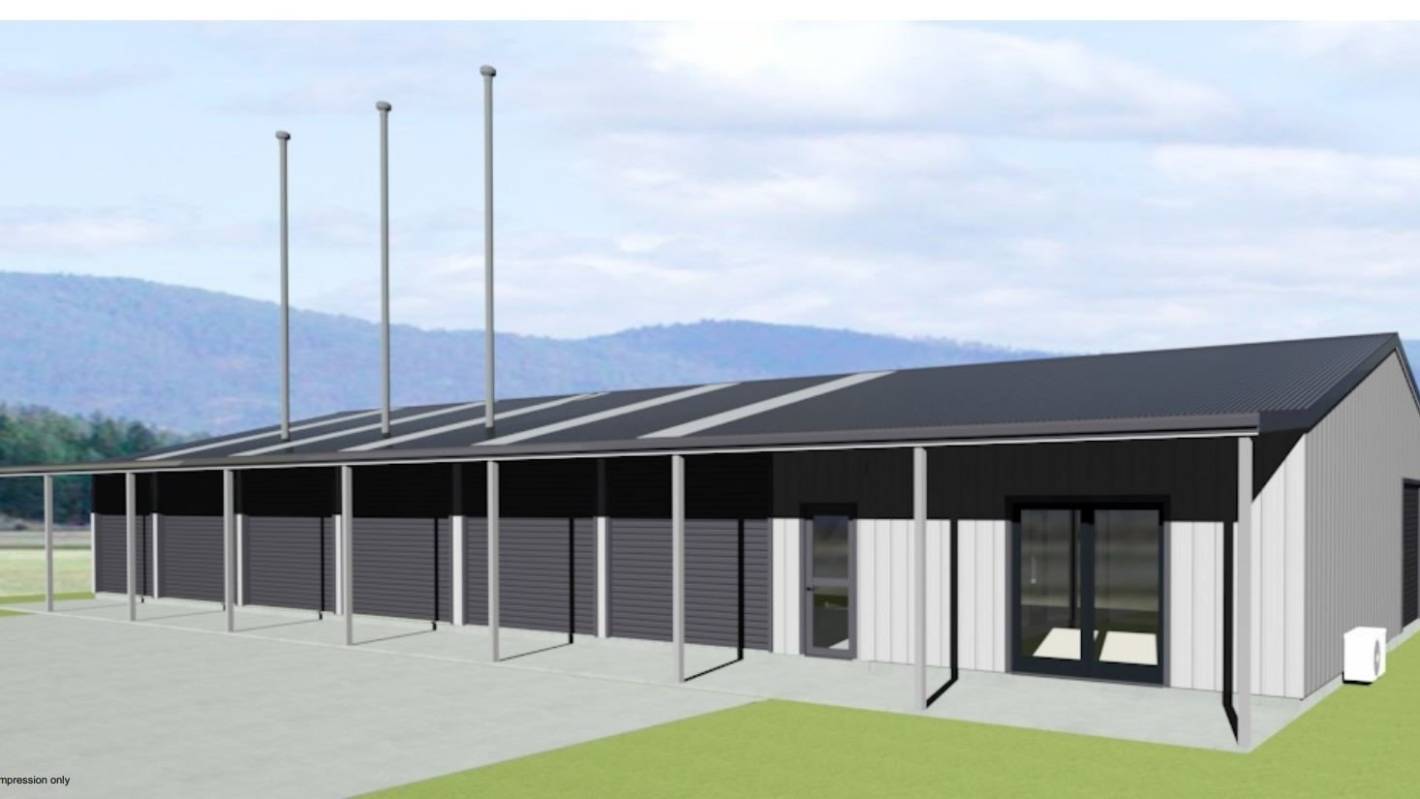 Final destination of pets via cremators at Ashhurst has consent

The designs were approved for the Soul Friend Pet Cremation Service to be built in Ashhurst.

The love of New Zealanders for their furry babies and their grief when they die supports a growing pet bereavement and cremation service.

Soul Friend already handles around 800 cremations of deceased pets each month in the lower part of the North Island.

And owner Simone Morrison just got approval to develop the funeral home and cremation business in the Ashhurst village of Palmerston North.

The Mulgrave St property on the outskirts of the village was used for 18 years for boarding schools and a cattery, a business Morrison decided to shut down permanently after Covid-19 lockdowns forced the decision.

The 4 hectare block will be developed to include a 500 square meter shed with space for a chapel or rest room, three cremators with a capacity of a fourth, workshops where urns and keepsakes will be created and a memorial garden.

With a staff of seven, the company has moved beyond its current facilities on the Massey University campus where existing ovens were available, and with a lease expiring in 2022.

She said New Zealanders are increasingly following trends abroad by treating their pets like family and wanting to show them the same care and dignity after they die.

Morrison said it was visible people had grown even more attached to their animals during the stress of the pandemic.

â€œThe death of a pet leaves a big hole in someone’s life, and an empty food bowl, and not having the daily walk with the dog.

â€œIt’s quite difficult to navigate alone. “

As Soul Friend gained recognition, some of his clients began to track them down regardless of whether their pet died at home or suddenly, such as in a traffic accident.

Then there was a range of complementary products, many of which were designed by customer service manager Damien Burns, including a range of ash urns, plaques, crystals and plaster paw prints.

Morrison said that while the business has grown, it has never been impersonal.

Each pet had a name, and staff used that name to provide individual care.

His most famous client was probably the New Zealand police, who turned over to him the body of the police dog Gazza, who was fatally shot in 2016.

Manager Josh Robertson and his fellow police honored Gazza at a memorial service, and he was then taken to Soul Friend where police who were unable to attend were able to see him.

Morrison said she was thrilled and relieved to have received consent for the new venue after an 18-month planning process.

The new facility would see a lot of tears, but for a short time compared to the love life people had with their pets.