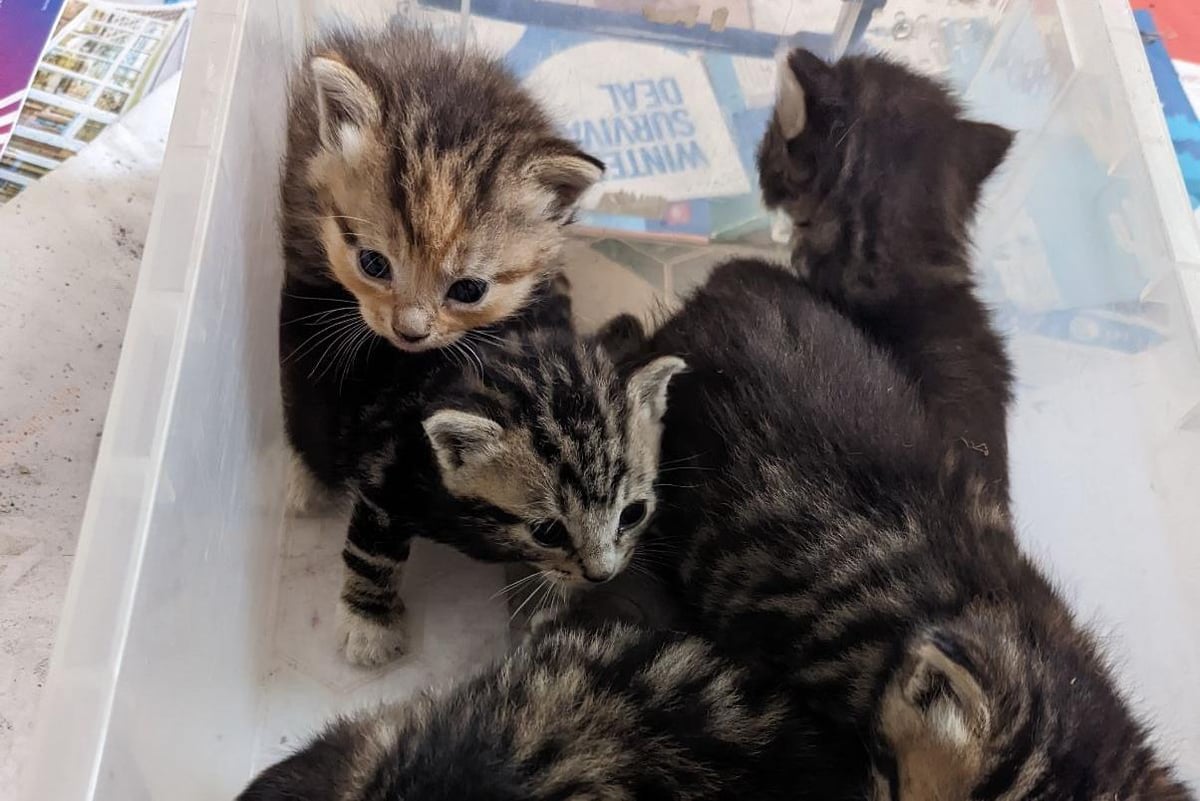 Mum and her two little litters had been living in the wild on the property which had been empty for years and were discovered while sorting the house for an upcoming auction.

The RSPCA was contacted for help and Inspector Daniel Bradshaw was present. He discovered the family living among the garbage.

He set a cat trap and managed to catch the mother and her five babies – three boys and two girls; unfortunately another kitten was in very bad shape and did not survive.

But there was yet another litter of older kittens and Dan was determined to catch them as well.

Dan said: ‘The property had been empty for years and the cats had taken refuge among the rubbish. They were fed by neighbors – but the environment just wasn’t good for them.

“Although they lived in the wild, the mother was always friendly.

“The mother and her kittens were looked after by Lincolnshire Mid and Lincoln branches – and I took them to the cattery where they were given a clean enclosure with a warm blanket to snuggle up on. It’s quite a rags-to-riches tale for them.”

Branch Administrator Jack Thorpe said: “The young kittens were growing very well and loved playing with each other, climbing and exploring their towers and cat toys – they had so much energy and were a joy to watch.

“The older kittens are a bit more shy as they grew up living in the wild, but they too are coming back. It’s just great to see this family flourish.

For more information on repatriation, please visit the branch website.

New figures released by the RSPCA have revealed that the charity’s centers and branches in England and Wales housed almost 27,000 animals last year, eight per cent less than the previous year . At the same time, more animals have arrived in the care of the charity and the average length of stay has increased, leading to long waiting lists for places in shelters.

The charity is urging people who can commit to lifelong responsibility for a pet to consider saving rather than buying.