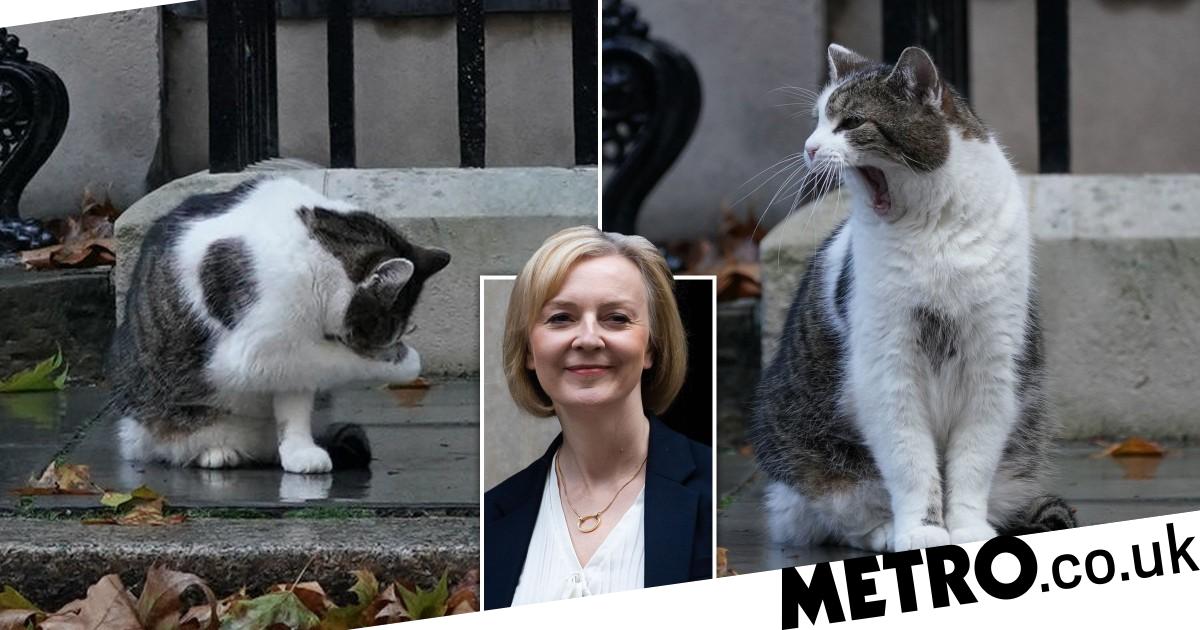 The Downing Street mouser leader has called for an ‘end to nonsense’ and is even considering throwing his paw in the leadership race.

Larry the cat, who patrols the streets around Number 10, is now awaiting his fifth prime minister.

We saw him yawn a few hours before Liz Truss quit and was apparently bored with all the craziness going on around him.

The 15-year-old furball showed his commitment to keeping pests away from Number 10 last week as he chased a brave fox sniffing around the bins.

After Truss announced she was stepping down, Larry said he had taken over the reins at Downing Street.

He said: “The King asked me to become Prime Minister because this nonsense has gone on long enough.”

And the Tweet, alongside a photo of Larry with a lectern outside number 10, got more than 200,000 likes.

It’s not the first time Larry has shown his true colors towards the PM, and just weeks ago he snubbed Truss as she tried to stroke him.

Larry looked deeply unenthusiastic about his new housemate as he posed for photos with the Prime Minister and his Danish counterpart, Mette Frederiksen – outside Number 10.

As the Prime Minister leaned down to pet him, he pulled his attention away and walked cheekily down the street.

While Truss was in Birmingham for a few days for the Conservative Party Conference, Larry even suggested changing the locks.

He said: ”Liz Truss is in Birmingham for the Conservative Party Conference.

“I think it’s probably better if I change the locks.”

He has already made it clear who he wants to be the next Prime Minister to walk through the door of Number 10, and responding to Tory MP Brendan Clarke-Smith he said: ‘Brendan and his ilk don’t seem to have realized that this Tory government is currently a disaster for the British people.

“The fact that his solution is already a proven failure rather reveals the game.” When they let you vote, be sure to use it to demand better.

He also mocked the PM as she was about to resign. He said: “Liz Truss is resigning, as soon as we can get her out from under the desk. #kitileaks’

The gray and white tabby does not belong to a single individual, and according to David Cameron it is in fact a servant.

Her rags-to-riches story began at Battersea Dogs & Cats Home before being taken to her new residence on February 15, 2011.

Lindsey Quinlan, from the centre, said: ‘It seems like only yesterday that Larry came to our cattery as a stray in need of a home.

“I don’t think anyone at the time could have imagined how amazing his life would be.

“Throughout his time at number 10, Larry has proven himself to not only be a brilliant ambassador for Battersea, but has also demonstrated to millions around the world just how amazing rescue cats are.”

“His daily responsibilities also include finding a solution to the mouse occupying the house. Larry says it’s still “in the tactical planning stage.”

Contact our press team by emailing us at [email protected]

For more stories like this, check out our news page.