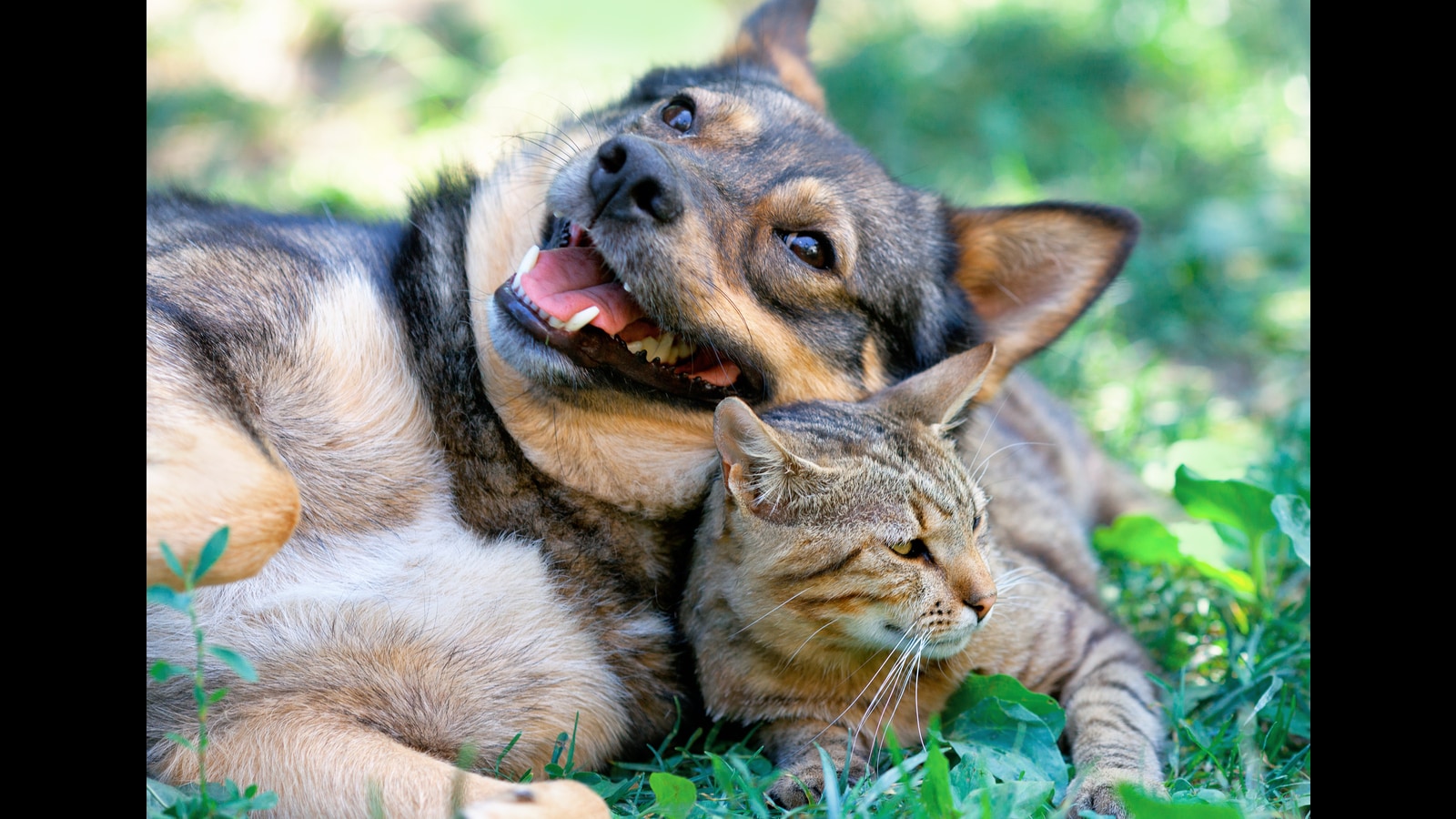 Essay: Fostering – the truth about cats, dogs and humans

Smoky’s mum was going on vacation for a month and was looking for someone to take care of her one-year-old fluffy Ragdoll cat. Although she purchased Smoky from an illegal breeder for ₹25,000, she was unwilling to pay the cat boarding fee which is usually more than ₹500 per day. Someone put her in touch with me and she was good at explaining why she doesn’t trust catteries and why I’m her best bet. When I didn’t fall for her sweet talk, she freaked me out with, “I have no choice but to return Smoky to the breeder.” I gave in reluctantly.

Smoky remained free for not one but two and a half months. In the meantime, I had to have him neutered to deal with his increasing aggression and had to cancel my own travel plans. After keeping Smoky for two months, I gently pushed Smoky’s mom to take him back. She pretended to be sick and called me unreasonable and heartless.

Layla, a two-year-old sickly mixed-race white cat, has arrived for a brief stay. Her pregnancy was kept secret from me. Over the next two months, the number of cats in my house increased by four. Layla’s mum has since traveled half the world – from South Africa to the UK – and I’ve spent the same amount of time raising the kittens, scheduling their vaccinations and having them neutered.

This is the pattern for most home stories, contrary to what we read in Ray Bradbury cat’s pajamas where two cat lovers fight over who will keep a stray cat they find in the middle of a California highway.

In Smoky’s case, I was lucky he went back to his mother. Layla and her four kittens are home for life. However, life cannot be imagined without Layla and her four blue-eyed kittens, Ivory, Silver, Sugar and Spice, or Rani – the neighbor’s cat – who fell from the fifth floor, or Superman, the 14 kg cat who was smaller than a baby squirrel when security guards brought him home four years ago. It’s something to see little Rani, once all broken from her fall, face our dogs. This bundle of energy spends most of the day taunting Dragon, the youngest dog, on the other side of his bedroom door, and the other half is spent flying through valances and doorways. or to bully older cats. Rani, Superman, and Dragon were all foster families at one time.

There were no takers for the mischievous Mirchi either, because of his aggressiveness and, I suspect, the color of his coat. Seven years later, this once unwanted kitten, whom I agreed to keep, is the meanest resident of the house. No newcomer can survive until they have Mirchi’s approval. Jackie is his latest target, and saving Jackie, who is three times his size, from his wrath is literally a 24/7 task. Pursuing Mirchi with a spray bottle of water to save Jackie is as much a part of my routine than filling cat food and water bowls.

I can only take consolation from TS Eliot, who adored his cat Jellylorum, famous words, “When a cat adopts you, there’s nothing you can do about it.”

I can never match the feat of Japanese writer Osaragi Jirō, who fed at least 500 semi-feral cats in his Kamakura home. But every foster cat and dog has a heartbreaking story. Three years later, Batasha, the sweetest cat I’ve met to date, still moves around the house cautiously in a trance-like state. She is often found staring at the food, while others push her away and gobble up her treats. Beta who has been mauled by dogs and blinded brings the house down with his loud meows, if not fed first. Olive, the paralyzed dog, creates a ruckus if she finds out I walked out of the house without her.

The great joys that come from foster care are not without occasional embarrassment. Like the rare times someone decides to invite themselves over and can’t find a place to sit, or when they observe the state of the house and try not to see expensive furniture that’s scratched or chewed up beyond any recognition.

In these difficult times, I remember WH Auden: “Cats can be very funny and have the weirdest ways of showing that they are happy to see you. Rudimace always peed in our shoes.

And, who knows, maybe the felines are complaining about a human smell. Japanese author Haruki Murakami, whose love for cats is legendary, writes in city ​​of cats:

“Hey, do you smell anything human?” said one of the cats. “Now that you mention it, I thought it smelled funny the last few days,” adds another, wagging his nose. “Me too,” said yet another cat. “It’s weird. There shouldn’t be any humans here,” someone adds. ‘No of course not. There’s no way a human can enter this city of cats. “But that smell is definitely there.”

Each cat and each dog is unique. Like humans, they all have quirky personalities, and it’s a challenge to put them at ease and name them. Every time a new host family arrives, these cheeky lines from Eliot come back in a flash:

“But I tell you, a cat needs a special name. A special, more dignified name. Otherwise, how can it hold its tail straight or spread its whiskers or cherish its pride?”

However, it’s not just humans who make constant adjustments to give animals a better life, animals do the same in their own quiet ways. I often hear people talk about how fulfilling and gratifying it is to keep animals. It gives meaning to the purpose, but I think ultimately the foster parents will benefit more. Nothing in this world equals the unconditional love and therapeutic companionship of a host family.

That said, the other side of the placement coin is that you get marked by the animal welfare brigade. For every thousand armchair animal activists articulating animal rights on social media, there may be only one warrior physically caring for a sick cat or dog. . No matter how much you back down to keep this welfarist brigade at bay, they come back with demands, playing with your emotions, and then, despite yourself, you give in.

In addition to making time and space for the sick animal, the emotional and financial drain is enormous. A single visit to the neighborhood veterinarian can cost up to ₹4000 ( ₹1800 for basic blood work, plus consultation fees, administration of medication/IV and transportation). These movements are generally multiplied by five to seven, sometimes twice a day, depending on the condition and evolution of the patient. Add to that the anguish, the tears and the countless sleepless nights. When the patient recovers, the festive mood is interrupted, when the inevitable question arises: where does the cat or the dog go now?

Since they are still in recovery mode and may experience a relapse, they cannot be released back into their territory. Sending them to a (non-existent) dog or cat shelter is impossible. First, to address the policy of securing a berth for a dog or cat; and second, no matter how good the shelter, it can never compare to personalized home care.

I like cats, not because I don’t like dogs. I usually like to blame it on space constraints although I marvel at and secretly take pride in writer Jon Ronson’s (“The Psychopath Test”) theory that psychopaths prefer obedient animals – it i.e. dogs to cats. He cites the example of Adolf Hitler who seemed to have despised cats.

Ronson probably relied on what writers have known for centuries. French writer Alexandre Dumas de The three Musketeers Fame, who owned three cats Mysouff I, Mysouff II and The Doctor, said eons ago: “The cat, an aristocrat, deserves our esteem, while the dog is just a scurvy guy who got his position by base flattery”.

I learned not to see foster care as temporary parenthood. When a cat or dog arrives, I just know they’re home for good. It is rare to see an animal successfully adopted. The clinical approach – foster-nurture-rehabilitate-find a forever home – didn’t work for me. In over 15 years of raising animals, I’ve only had the chance once. A 10-week-old puppy, hit by a car, found a home in Canada almost immediately after his accident. Two other puppies, who were adopted to much fanfare on social media by an animal advocate, had a terrible time later because the family could no longer keep them. The failed adoption was not mentioned on any social media platform.

Lately, keeping animals has become even trickier for those who live in apartments. Any new addition to the home can be disconcerting, with most municipalities requiring pet owners to register their pets and obtain a no-objection certificate from neighbors. The Animal Squad is in combative mode – opposing pet dogs barking in apartments to be walked in community areas. Our neighbor objected to our paralyzed dog’s stroller being parked in the common area, although other strollers and bicycles were also parked there.

It’s easy to smuggle in a cat and convince yourself there’s room for just one more, but the future is far from rosy for dogs. They cannot be housed in shelters that are operating at full capacity. The only way to control this endless stream of unwanted animals is the active sterilization of cats and dogs, and an active crackdown on illegal breeders.

Until that happens, the only way forward is to imagine myself as a lucky resident of Murakami city ​​of catsand immerse myself again and again in My family and other animals – the hilarious and richly detailed tale of the rather eccentric Durrell family in Corfu rescuing snakes, scorpions, owls and the like.

Lamat R Hasan is a freelance writer. She lives in New Delhi.

It’s never been so crazy, says volunteer as Northern Ireland shelter takes 55 calls to repatriate cats in one day