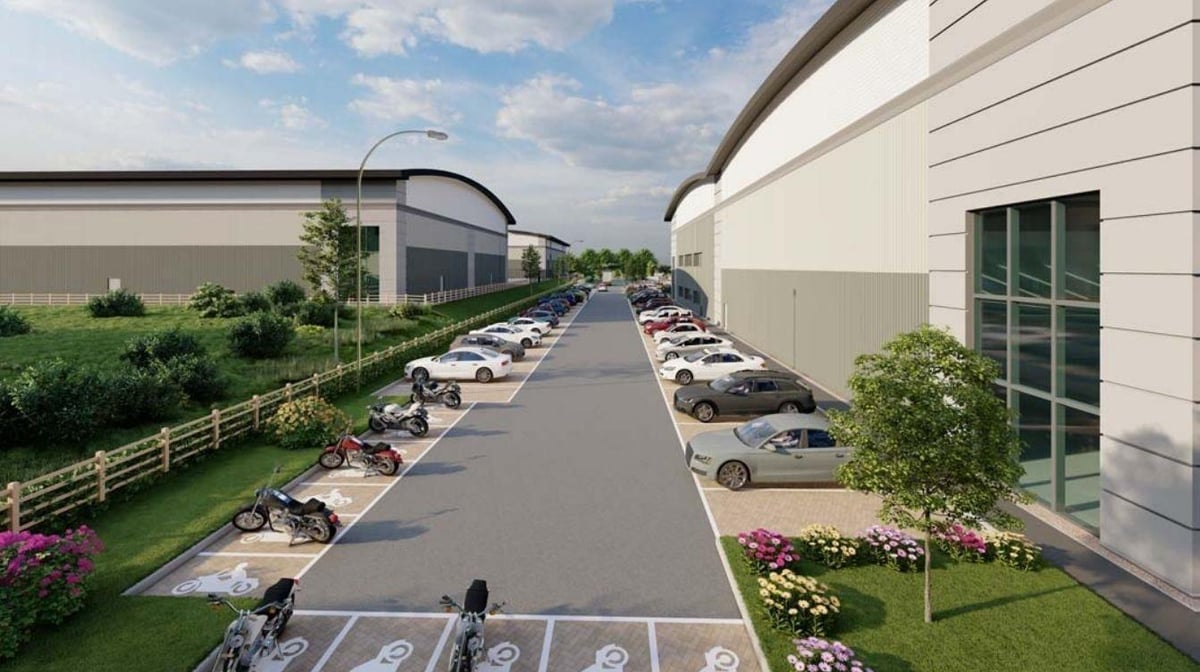 During the meeting, councilors voted against a call for a site visit, which local councilor John McCabe called “a complete disgrace to local democracy”.

A number of residents and councilors have objected to plans which would now see industrial units up to 15m high built within a few blocks of houses on Birchwood Way.

Rae Gee, a borough council planning officer, said the nearest garden to the units would be 40 meters away.

She said it was a “significant” distance and that earthen bunds would be built and trees would be planted in the space between houses and industrial units.

Sarah Towndrow, owner of the Birchwood Boarding Kennels and Cattery, adjacent to the proposed site, feared she would have to close her business if the industrial units were approved.

She said the trees that would be planted to obscure the units would take years to grow.

Ms Towndrow said: ‘I own the cattery on the western border and am worried about my business.

“I look after people’s cats and dogs and take care of them. How am I going to do this when this development has been under construction for years and chainsaws are cutting down trees. ” What do I do ? Do I have to close the business for this business to continue? To be honest, it’s a worrying time.

Somercotes resident Judy Mallaber said: “This is going to completely ruin this area. You can’t just protect the greenbelt and leave all other areas unprotected.

“There is an overuse of housing and industry in the area which will ruin the semi-rural feel of the area.”

She said a 2009 soil contamination plan found dangerous chemicals, including dioxins, at the proposed site, saying “that contamination has not gone away”.

Ms Mallaber said the proposed site was very similar to the Amber Valley Rugby Club site off the B600, which is heavily contaminated and has been the subject of a planning survey and battle ahead of the Upper Court.

Pamela Fabianska, who also lives in Somercotes, said: “This industrial site is not necessary, it’s development for development’s sake.

“A lot of old people and people with young children like to walk around this site. It is an asset in their neighborhood.

“You have to look at the site investigation report from 2009, it’s an evil site, it’s a contaminated site.

“This water has to go somewhere it has nowhere to go except to flood the houses in Lower Birchwood.”

Cllr Jack Brown said the proposal could have a positive outcome if amended to allow heavy goods vehicles driving to other industrial sites in the area to be removed from Birchwood Lane and cross the freeway without obstructing the rest of the circulation.

Cllr McCabe said: ‘You destroy beautiful green space, you could have the destruction of Pennytown ponds in your hands.

“This site has been denied before and now there is a new report of contamination, one pro and one con.

“This could affect Pennytown Ponds in the future.”

Applicants’ agent Michael Bamford said the principle of the application had been approved and remained allocated in the council’s current but outdated local plan – a blueprint for future development.

He said, “There is a great need for job pitches and this app will provide a lot of job pitches.

“We listened and modified the scheme, there is a net gain in biodiversity. I fully understand that in plan form it looks very close to the houses, but it is a significant distance. »

Ms Gee said: ‘I appreciate it will be a big change for these homes, moving from fields to plantation and these units.’

She said the Wildlife Trust had not raised concerns about the proposals and the distance between units and homes was “significantly” greater than at other industrial sites.

Cllr Emma Monkman said she was “deeply concerned” that the Wildlife Trust’s analysis was based on a 2006 investigation, calling it “deeply disturbing”.

She said the plan to cut and fill the sloping site to create a ‘development plateau’ would see an eight-metre raised platform for new units, fearing it could cause flooding in homes on Birchwood Lane .

Cllr Alison McDermott said the scale of the units on offer was the biggest issue and they were “out of scale” compared to neighboring homes.

Councilors voted to approve the program by a vote of six in favor and four against.

The six warehouses would comprise a total of 19,652 square meters of floor space.

How to Start a Purebred Cat Breeding Business

The board gives a nod to the kennel