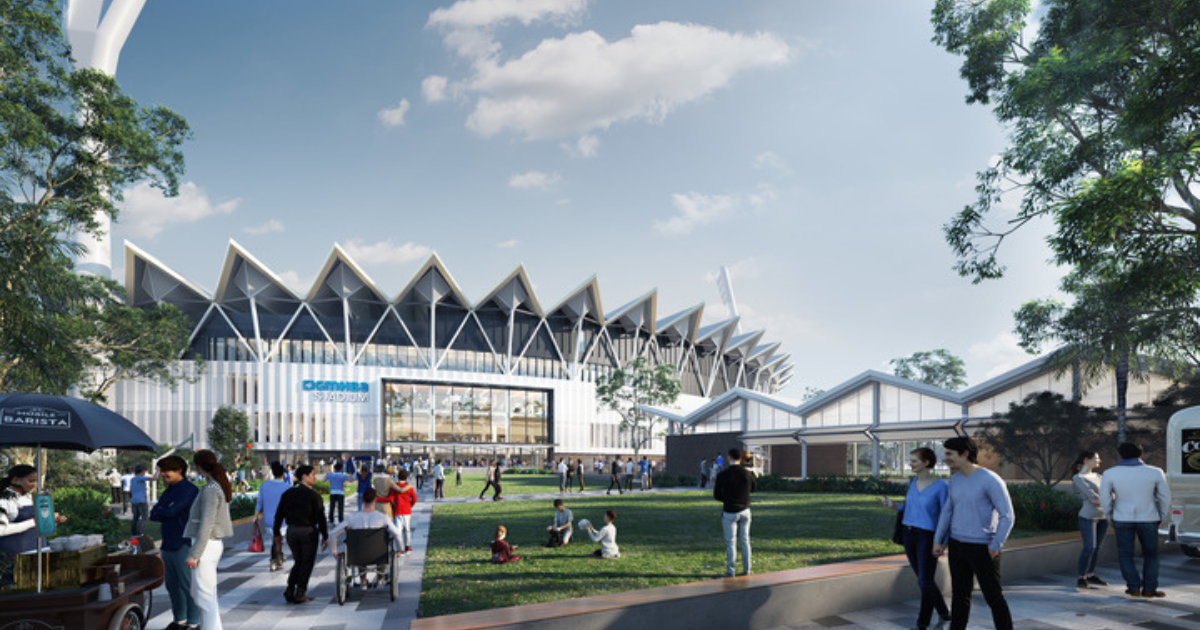 Geelong area residents can pitch their ideas for the name to adorn the newest addition to the GHMBA Stadium.

The Kardinia Park Stadium Trust and the State Government are inviting applications for new facility names to be delivered as part of the stadium’s $142 million stage five redevelopment.

The names of the stadium’s north stand, north plaza, two dining destinations, media center and cricket center are all up for grabs as part of the ongoing consultation process.

Kardinia Park Stadium Trust chief executive Gerard Griffin encouraged sports fans in Geelong to have a say in the process.

“We are excited about the progress of the Phase Five redevelopment, and the community currently has the opportunity to get involved in naming key features of the project by visiting the Engage Victoria website.

This redevelopment ensures that Kardinia Park will continue to provide a world-class, multi-purpose sports and event center for generations to come.

A Ford stand and a Fred Flanigan room, as well as the Gary Ablett terrace were demolished to make way for the latest redevelopment.

Legendary Cats figures Reg Hickey and Charles Brownlow have stands named in their honor at Kardinia Park, alongside the Premiership Stand and Players Stand.

To have a say in the new names, Geelong residents can fill out a survey form to submit their suggestions at engage.vic.gov.au/kardinia-park-stage-5

Brucellosis in Dogs: A Vet’s Guide to Symptoms and Treatment