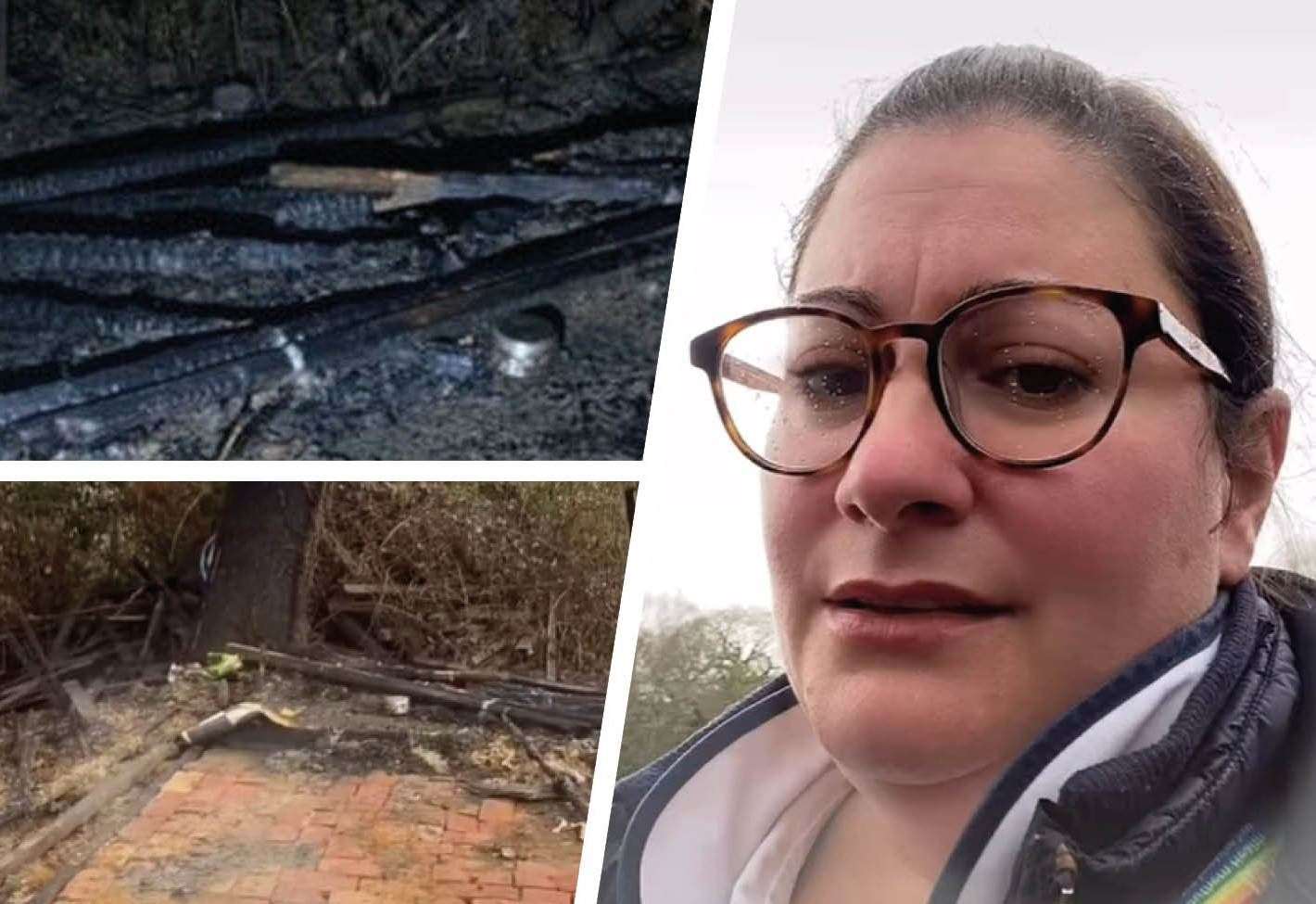 A head of the DEVASTED animal rescue center has revealed how thieves torched a cattery containing three animals before scribbling a “spooky” thank you message with a smiley face.

Sarah Mills said she was unable to eat or sleep following the attack on a field used by All Animal Rescue UK in Holbury.

She said: â€œI’m not a crier, but it really touched me. I just couldn’t stop the tears. It was very traumatic. I just don’t understand the mentality of these people.

â€œThe theft, I can understand – they stole about 20 bags of dog food and crates. But burning the cattery with animals in it, I don’t. It was traumatic from all angles.

She was even more upset by the “thank you note” and a smiley face scribbled on a chalkboard in an equipment container they had ransacked. She said: â€œIt really pissed me off. It’s scary. “

Sarah hopes the three cats Debbie, Charity and Chastity – two black and one black and white – have managed to escape the flames.

She said: â€œWe couldn’t find any bones or bodies in the ashes, and I think I may have seen one of the cats since.

“We just hope they got away, even though they must have been terrified.”

The vandals struck in the early hours of December 23 at around 3 a.m. Firefighters witnessed the blaze which was in a field next to the A326.

But Sarah and her partner Ross Cheer, who have run the center for almost 20 years, didn’t find out what happened until she came down to feed the animals the next day.

Sarah said: â€œThe field is a few miles from our house and the fire department said they didn’t know who it belonged to. I first found the container ransacked, then I walked around the cattery which was nothing but a pile of ashes.

â€œI burst into tears, it was just complete shock.

â€œWe’re trying to do a good thing, and it happens. If they needed pet food and crates, they should have just asked. I would help anyone.

She posted a moving video about what happened on the All Animals Rescue UK Facebook page and asks anyone with information to contact the police or herself and Ross on 023 8089 3188.

Ross said, â€œI don’t know if we were specifically targeted or if it was just a random attack.

â€œThe police said there were people targeting community projects, so it could be them.

â€œIt’s just a horrible, horrible thing happening. We are just a small, independent, non-profit rescue center that helps save and reintegrate animals of all sizes and types.

A Hampshire Police spokesperson said: “The incident is being treated as arson and we are continuing to investigate.”