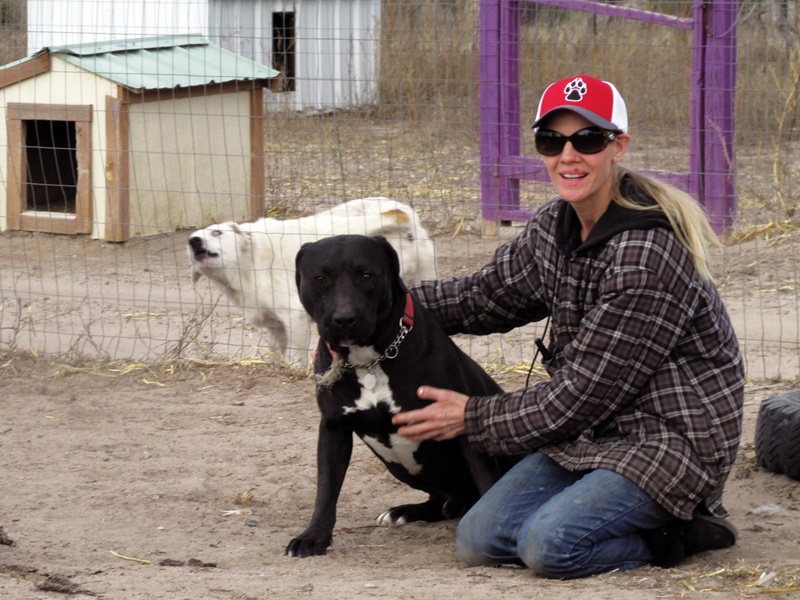 Catron animal rescue, where every “one” deserves a chance

It started as a labor of love for Brad and Laurie Beauchamp when they introduced a modest animal sanctuary to Catron County called Fur and Feather Animal Assistance. That was 2003, but by 2022 — by all accounts — the facility seven miles south of Pie Town could be one of New Mexico’s largest sanctuaries for small animals in the state.

In addition to spaying and neutering over 1,500 animals over the years, Fur and Feather is dedicated to rescuing lost and abandoned animals and helping when people die or become unable to care for their pets.

“Our main population is dogs and cats, but we also house several rescued horses, donkeys and chickens,” said Sarah Ross, who now manages the 90-acre sanctuary. Ross stepped in when Laurie Beauchamp died.

“When Laurie passed away in 2015, I wanted to pursue her dream and move Fur and Feather forward. Laurie asked me if I could keep Fur and Feather before she died. Although Laurie is no longer with us physically, she is always our guide.”

Ross moved to Fur and Feather just before the pandemic hit, and it’s her and Laurie’s husband, Brad, who work seven days a week caring for and feeding all the animals.

“I try to do my best to deliver on those promises to make Fur and Feather work,” Ross said. “I wanted to open the horse side because I have always worked with horses.

Laurie and Brad used to show horses and jump in Southern California, and I have a few rescues myself, personal horses.

Unfortunately, the establishment does not yet have an approval for equines.

“We’re fixing the corrals and the straw bale barn that Brad and Laurie built together,” she said. “I also want to register as an equine rescue. I recently received two horses from a friend. We already have a 501c3 for animal rescue, but for equines there are specific needs. We already have what it takes, but I just wanted to clean it up a bit and get our quarantine corral ready.

“There have been a few cases here with just stray horses or feral horses that people have to grab and put somewhere, but the closest horse rescue is the Albuquerque area,” Ross said. “And there are a lot of burros.”

“One year I saved a horse they were going to shoot him because they thought he had killed two calves,” she said. “I went out there and the horse was as gentle as it gets, but I think he probably kicked and killed a calf. But he was starving and no one knew where he came from, so I went looking for him and found him a good home.

Other animals include a miniature mule and “a massive 600-pound sow” that had been abandoned.

Fur and Feather currently cares for 38 dogs. “12 of them are permanent residents. Several are up for adoption,” she said. “One of them just had a litter of puppies.”

Ten acres alone are dedicated to dogs and cats.

“Our cat population averages around 100, and while most of them are up for adoption, many of the cats we foster will spend their lives with us in Pie Town,” Ross said.

The cattery is an old school bus and there is an outdoor aviary for the cats.

The dogs and cats – who have proven to be peaceful – share the run of the 90-acre facility with a handful of rescued horses, donkeys, mules and chickens.

“We are also part of a network of shelters that provide a safe haven for pets of victims of domestic violence,” she said.

While feeding and caring for animals is a daily routine, maintaining outbuildings is an added chore. The resort has suffered some weather damage over the past year.

“The wind destruction this year has been insane,” she said. “Of course we have shelters in our kennels and have roosts and winter covered places because it’s cold. At the moment I think I have five of these enclosures that need to be completely redone due to the winds. The corrugated roofing sheet was peeled, torn and blown away.

Although it is the largest county in New Mexico, there is no animal control, “so our work is essential”.

Funding is essential to get things done and care for the many dogs and cats, along with donations of food, bedding, toys, fencing and building materials, and money is always welcome, a- she declared.

“Nestle Purina in Flagstaff typically donates 10-15 pallets of dog and cat food. Then I have a few places in Albuquerque like Long Leash on Life that have a food drive around Christmas,” Ross said. “They are amazing people. They also have a pet food store.

The operation works with Catron County, collaborating on ideas to control animal populations. “We have a big problem with strays,” Ross said. “Rural New Mexico has become a drive and dump area.”

Spaying and neutering are done at The Ark in Socorro, and they also use All Creatures Mobile Veterinary Services in Magdalena.

“We are truly non-profit, so donations and volunteers are always welcome,” she said. “There is endless maintenance on our 90-acre facility. Repair horse fences, dog fences/pens, repair roofs, paint, replace old fence posts, mow the grounds, clean up manure and litter, maintain our much needed vehicles, weatherize existing enclosures and of course , taking care of animals.

Visitors are encouraged to come meet the dogs, cats and other animals. Fur and Feather is about seven miles south of Pie Town at 48 Ed Jones Road.

One person in hospital and cats missing after Buckland cattery fire