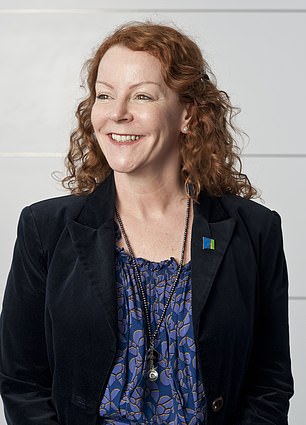 BITC boss Amanda Mackenzie: Business CAN be a force for good

Amanda Mackenzie wants to convince the world that business can be a force for good, which is never an easy task. Over the past decade, the UK economy has been brought to the brink of ruin by reckless banks.

The big oil companies have been accused of polluting the planet. Water suppliers spent millions of hours dumping sewage into rivers and the sea, and paid big bosses millions as the country suffered from a stifling drought. Consumer goods companies have been criticized for making billions of pounds in profits as customers grapple with runaway inflation.

And for business leaders, accusations of profanity are a professional hazard.

The roadmap is long. But in her nearly six years as chief executive of Business in the Community (BITC), Mackenzie, 58, told a different side of the story.

And despite some of the headlines, she’s adamant there’s another side, and that responsible business can improve people’s lives and help less privileged communities.

“We were involved in leveling before the phrase was coined,” she says. “There is an inextricable link between a healthy business and a healthy community.”

BITC, which celebrates its 40th anniversary this year, is sponsored by the Prince of Wales. It boasts of being the largest and oldest member organization for responsible business. When it was founded in 1982, the country was still traumatized by riots a year earlier in Brixton in south London and Toxteth in Liverpool.

The nation was deeply divided, largely marked by industrial decline, unemployment and poverty. The aim of these early years was to involve business in the regeneration of local communities and to provide practical help for people to set up their own business.

BITC was an early advocate of ideas such as ESG – environment, social and governance – as well as diversity and inclusion. These are now commonplace, but 40 years ago these concepts were considered fringe, bordering on moody.

For Mackenzie, it’s all part of a proud tradition of enlightened capitalism, dating back to companies with Quaker roots like Unilever. “That legacy plays into business today. That’s the essence of what good companies do,” she says.

Reflecting on her time at BITC as she prepares to step down this year, she says, “We had to be stronger and prouder.”

An inevitable danger is that cynics dismiss responsible business as a sign of virtue. With Yorkshirewoman Mackenzie at the helm, it’s a lot grittier than that.

The Seeing is Believing program, launched by the Prince of Wales in 1990, wrests business leaders from the bubble of their boardrooms.

The idea is that executives, who risk being pampered at the top, see for themselves the difficulties faced in some of the less prosperous places in the UK. On a visit this summer to Bradford and surrounding areas, delegates wiped tears from their eyes during a visit to the Keighley Asian Women and Children’s Centre.

The women took turns getting up and telling their stories, sometimes hesitantly. Many had suffered from domestic violence and poverty. Some were unable to speak English. All had found refuge at the center and, armed with newfound confidence, are now working on a business idea to sell lunch curries to workers at local businesses.

“On seeing is believing visits, grown men crying are my measure of success,” Mackenzie says. “It gets people out of their comfort zone into a place where they can apply business thinking to social issues.”

BITC members include big names, such as BP, Barclays, NatWest, Credit Suisse, La Poste and PwC, all of which have come under fire in various scandals in recent years.

One might take a cynical view of this, but for Mackenzie, business needs a purpose, and it “has to be something beyond profit.” She says, “If a business has a purpose that acts like a North Star, it will guide them through difficult times.”

Mackenzie and her team have taken action in the pandemic with the National Business Response Network (NBRN). During Covid, the NBRN used local BITC contacts to ensure business support went where it was needed most, whether it was food, social care or technology. When schools closed and children needed computers to learn from home, Mackenzie explains, “we contacted our network immediately, but due to a national shortage of new devices, we had to be flexible. creativity”.

BITC has partnered with Computers4Charities to receive used devices, erase them and redistribute them. Businesses piled in to help, including Virgin Media, which donated £300,000 and 1,500 laptops and 4G packages.

Other donations included food from the LNER rail company and Manchester Airport that was allegedly wasted, and digital training for staff at technology company Verizon to help women victims of domestic violence.

“In about five weeks, NBRN set up unique supply chains. We knew where the needs were, so we could put the supply chains together,” says Mackenzie.

“It was about our convening power. We were in a unique position because we had a sense of community needs and business connections. We are currently using it to help refugees find work. She also mentions Ban the Box, a program in which companies get rid of the requirement for job applicants to disclose their past criminal records.

“Companies removed that checkbox for a million jobs. Some large employers, like Timpson, employ ex-offenders. They have had their day. Why should they be judged on the worst thing they’ve ever done? It’s not okay.

Mackenzie’s definition of a responsible business is one whose long-term strategy is centered on building healthy communities and a healthy environment. “You have to be fair and sustainable, these are the two watchwords when making decisions. You have to balance that with making a profit, which isn’t easy, but that’s what CEOs get paid for.

The political turmoil of recent years “puts the onus back on business,” she says. “Companies aren’t here for five years, they’re here for the long haul.”

In good company: Amanda Mackenzie with BITC boss the Prince of Wales

No one could accuse Mackenzie of being a naive benefactor. She is a seasoned executive, having served as director of marketing and communications at insurance giant Aviva, where she was seconded to help launch the United Nations Sustainable Development Goals.

She has also held senior positions at British Airways, BT, Hewlett-Packard and British Gas, and was a leading figure in Lord (Mervyn) Davies’s investigation to increase the number of women on company boards. administration of FTSE.

She is also an independent director of Lloyds Banking Group.

Under his leadership, BITC is not just another talk shop, but gets things done. “I describe us as a ‘reservoir of thought and action’.”

So, as a hard-headed businesswoman, does she see any limits to social responsibility? “Yeah, if the long-term financial viability of this business is hampered by prioritizing one stakeholder group over another, then I guess that’s the limit.”

Mackenzie says she struggles with executives accepting very large salaries and whether that can be considered consistent with responsible business practices. “The program we are pursuing is not about compensation. It is a complex area. But do I feel good when I hear about excessive compensation? No, of course not.

BITC, she says, would turn down socially irresponsible companies that try to join, and reject those that failed, “although we haven’t made a big song and dance about it.”

Good intentions don’t go far, but Amanda Mackenzie brought her insight and energy to her role at BITC. Membership has increased by 30% over the past two years after an earlier decline, and revenues have stabilized. The “net promoter score” – a measure of how well an organization is viewed by its customers – rose from minus 7 in 2017 to plus 41 in 2022.

“When business leaders engage with society, it brings their brains to the fore in communities. It is a priceless alchemical moment.

Some links in this article may be affiliate links. If you click on it, we may earn a small commission. This helps us fund This Is Money and keep it free to use. We do not write articles to promote products. We do not allow any business relationship to affect our editorial independence.

Do you give chocolates to your pet? It could kill the furry friend, a vet warns; Learn all about good pet parents here