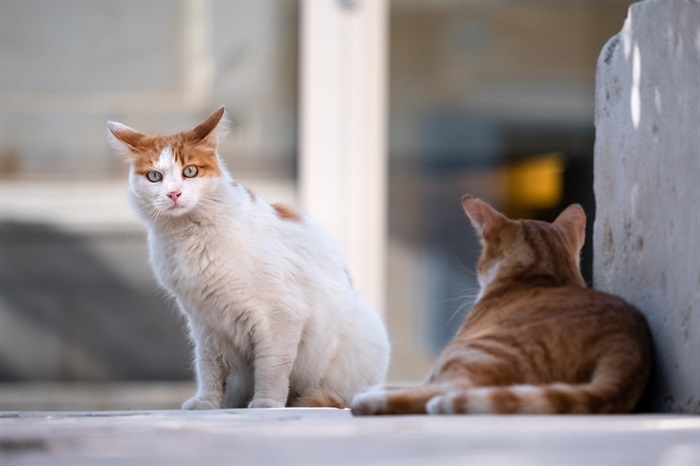 A BC woman who kept 71 cats has lost a court appeal to have the animals returned to her after they were seized by the BC SPCA.

The large number of cats seized meant that by the time Squamish resident Cheryl Balcilek’s appeal was heard, the number of cats had risen to 77, after the birth of 21 kittens, although only eight survived, and two other cats had to be euthanized.

According to a newly released BC Farm Industry Review Board decision on Dec. 15, 2021, Balcilek lived in an RV and had an adjacent RV parked alongside his.

The two motorhomes were connected by a terrace called “cattio” in the decision.

After months of complaints from neighbors and visits from local bylaw officers and the BC SPCA, the cats were seized in September 2021.

“There were cats coming out of everywhere,” testified a veterinarian during the hearing. “In the cupboards, in the drawers, on the dashboard, in every corner.”

The vet also reported squalid conditions with a lack of litter boxes and an overwhelming smell of ammonia.

The vet testified that there was only one pot of water in each motorhome for all the cats and a lack of age-appropriate nutrition.

A third of all cats were underweight and about 40% had discharge from their ears, eyes or nose.

The number of cats in the motorhome has been described as a “recipe for population explosion”.

A veterinarian testified that the high mortality rate of kittens born after the crisis reflected poor and inadequate nutrition during pregnancy.

However, Balcilek rejects the evidence presented and accuses the BC Farm Industry Review Board of bias and that the seizure of his cats was a matter of retaliation.

In the ruling, Balcilek said her cats were “healthy and happy” and there were no issues with ventilation or the smell of urine and feces from RVs.

READ MORE: Vernon man who let his dogs ‘hunt for food’ loses appeal to get them back

She also claimed that only 35 cats were seized, not 71.

Balcilek said she was being harassed by her neighbors, her landlord, Squamish District by-law officers and the BC SPCA.

The ruling said Balcilek was aggressive in court when she cross-examined witnesses and regularly interrupted them. His microphone was turned off several times.

Balcilek accused the SPCA of being “in cahoots” with the Squamish By-Law Department and engaging in “criminal activity by stealing his animals.”

She alleged that all the evidence against her was fabricated.

Regardless of her accusations, Wendy Holm, chair member of the BC Farm Industry Review Board, was sensitive to Balcilek’s situation.

“Two images frequently came to mind when writing this decision. One was the image of the poor cat giving birth during the crisis while being nursed by two older kittens. The other was the anguish over (Balcilek) over the loss of his cats,” the presiding member of the review board said in the decision. “Both were a source of sadness.”

Holm said if Balcilek had been able to find the square footage to set up a cattery, things might have turned out differently, but it was impossible to keep so many cats in such a small space.

“The incredibly small space in which the 71 cats lived, coupled with a rapidly expanding population that was the inevitable result of sexually mature and intact animals being housed together, created conditions that quickly spun out of control,” reads- we in the decision. “These calls are never easy. This one was no exception.”

While Balcilek lost his appeal to get all 71 cats back, the review board allowed him to choose four cats to return to him. She will just have to pay for them to be neutered or sterilized first.

The review board also ordered Balcilek to pay $70,297 in fees to the BC SPCA.

It doesn’t appear to be a condition that the $70,297 be paid before Balcilek is allowed to pick up four cats.

To contact a reporter for this story, email Ben Bulmer or call (250) 309-5230 or email the editor. You can also submit photos, videos or news tips at the newsroom and be entered to win a monthly raffle.

We appreciate your comments and opinions on our stories, but play well. We will not censor or delete comments unless they contain off-topic statements or links, unnecessary vulgarity, false facts, spam or obviously fake profiles. If you have any concerns about what you see in the comments, email the editor in the link above.