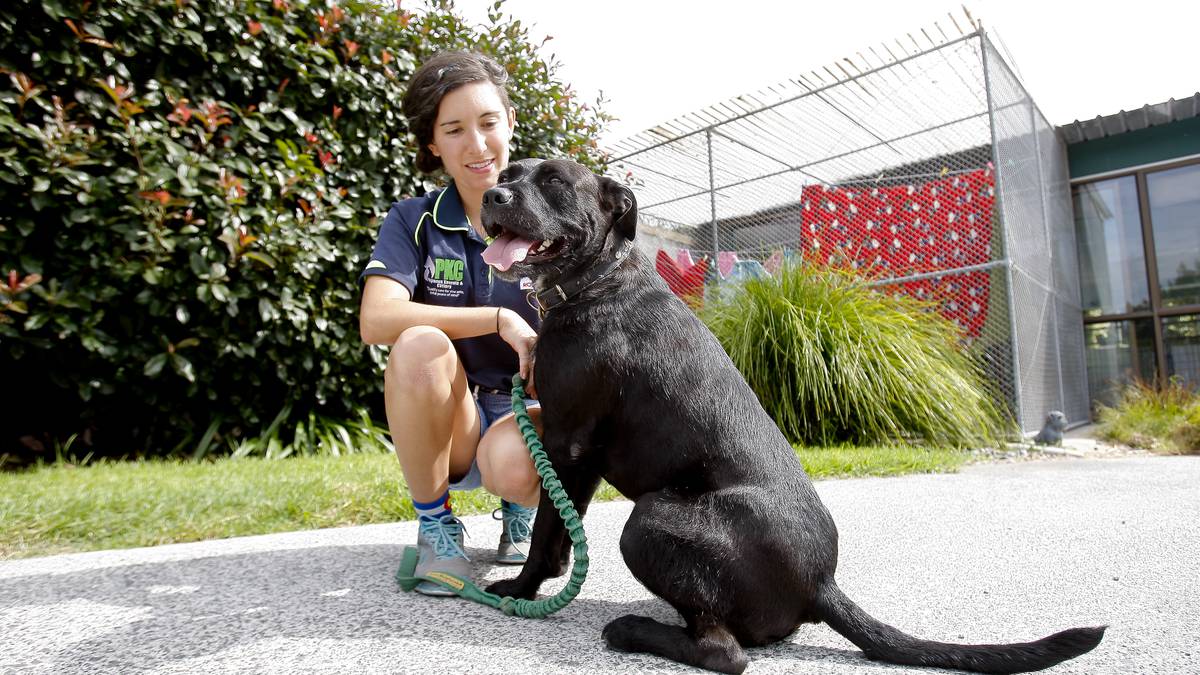 Mia the dog with Alisha Martinez at the Papamoa kennel and cattery. Photo / Ruth Keber

A new home is being sought for a dog left at the Papamoa kennel and cattery for a long stay of 18 months.

Kennel owner Chris McCulloch said Mia, a noisy black staffy-cross, was dropped off for a short stay as her owner temporarily moved into an apartment that did not allow pets.

“It was supposed to last a few weeks, but his situation changed over time and he kept extending his stay. Eventually he called us at the end of the year and said ‘look, take her away. at the SPCA, I can’t get it back ‘. “

The owner had placed ads to try and give her away and was paying the back kennel fee, but the company had been footing the bill since December, alongside Royal Canin sponsoring Mia’s food.

“We want to find her a great house, not just any old house. She’s very busy, very busy and so smart that she picks things up quickly and you only have to teach her once.”

Ms McCulloch said Mia would be suitable for a family that did not have other dogs and children over the age of 10.

“We would all take her if we didn’t have our own pets … she is adorable and we are quite attached.

Mia isn’t the only Bay dog ​​to have been in a kennel for an extended period.

Pyes Pa Kennels & Cattery owner Robyn Sangster said a pet owner initially left two boxer dogs in his care for a period of 10 days. Finally, five and a half months later, they were relocated outside the region.

The exercise cost the company thousands of dollars in unpaid fees, “but we took pity on the dogs … they were beautiful and deserved better.”

“They stayed here for six months but the owner couldn’t afford the boarding costs. He lived in a car at the time, the dogs didn’t have a stable home they could return to. We tried. to work. through the issues, but we eventually contacted Boxer Rescue, so the dogs could go to a safe, loving and permanent family home. “

This was a very unusual circumstance, Ms Sangster said, as most of the customers would do anything for their animals and were very responsible. However, she did deal with a small number of people who said they couldn’t afford it when it came time to pay, but they were able to resolve most of the issues, she said.

Westridge Boarding Cattery owner Kelly Plumpton said she never had dropouts but was aware of cases in other catteries.

“With the kind of clients I get here, it would be like leaving your mom behind,” she said.

Recently someone asked if her cat could stay for a year, but she refused to accept the offer.

“I said no because I think they became institutionalized at that point.”

There had also been an increase in inquiries from people who had to move into rental properties that did not allow cats, she said.

“This is an important thing because I don’t think people factor in the huge cost of hosting a long term cat, you have your rent and then $ 16.50 a day for the cat.”

* Likes to run, play and fetch.

* Intelligent and full of energy.