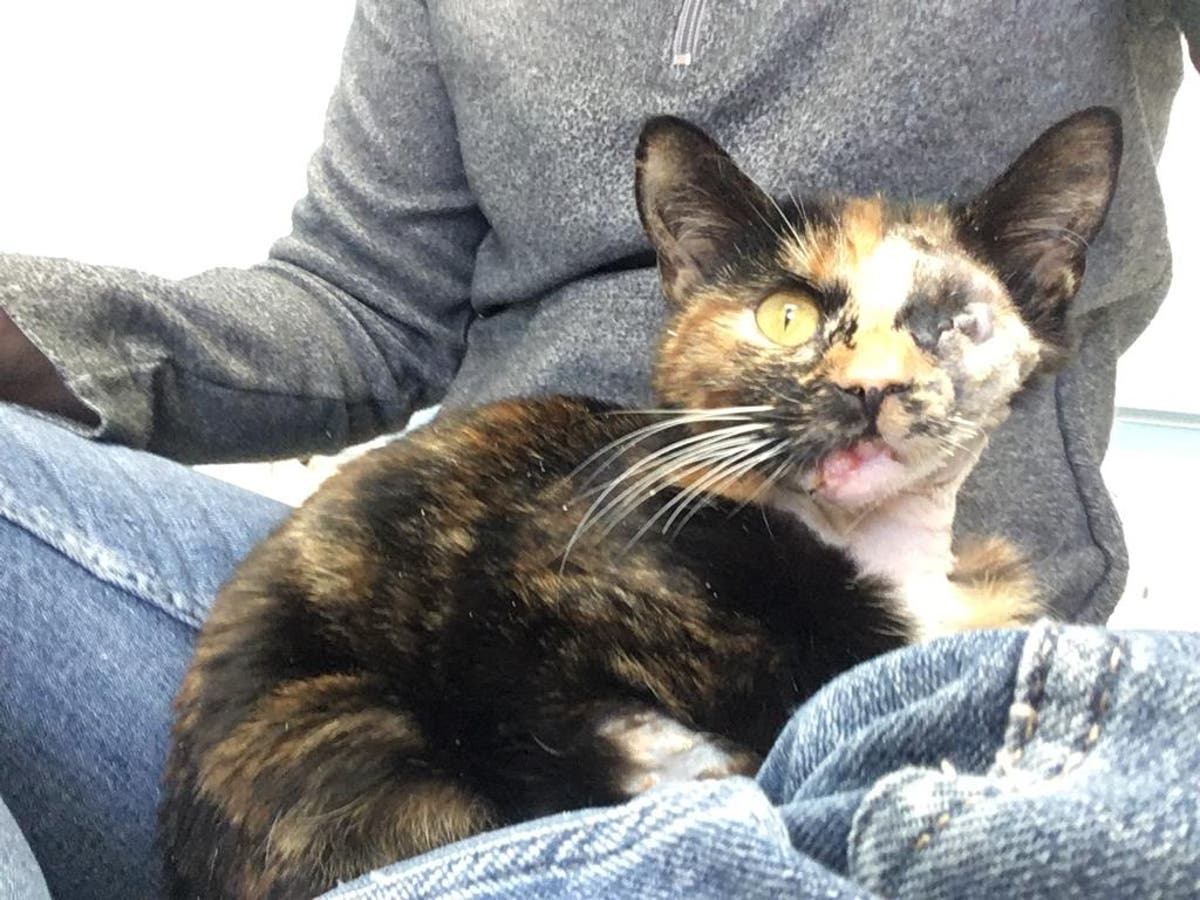 cat described as a “miracle” after being hit by a bus and surviving is looking for a new home after five months of recovery.

Tortoiseshell feline Trudie sustained a head injury when hit by a bus in Luton on March 14 and fled in fear when people tried to help her.

RSPCA assistant Amy Hearne and volunteer Katie Duncan, from the Southridge Animal Center in Hertfordshire, went in search of the cat.

Appeals for knowledge of his whereabouts have been launched via posters and social networks, local vets and charities have filed leaflets in the region.

Sixteen days after being hit, a breakthrough occurred, when Trudie was spotted by a local business owner who came into contact with the RSPCA.

Ms Hearne said: â€œHer facial injuries prevented her from eating, so she was weak and exhausted and must have been in so much pain.

â€œShe spent a week at the vet where she underwent vital surgery to remove her eye and reconnect her jaw. I can’t believe she survived as long as she did; it is a little fighter.

â€œFor the first week Trudie was tube fed and when she was transferred to the Southridge Cattery, the staff looked after her around the clock to get her to eat normally again and to help her with get back on his feet.

â€œShe is cheeky, affectionate and playful; she is such a character and will bring so much joy to the right family. She’s still a youngster and loves to play, but she’s also a real hug and curls up in your lap seconds after you sit down.

The search for a new home is underway for Trudie, with the RSPCA saying she needs a safe environment away from busy roads and railroads.